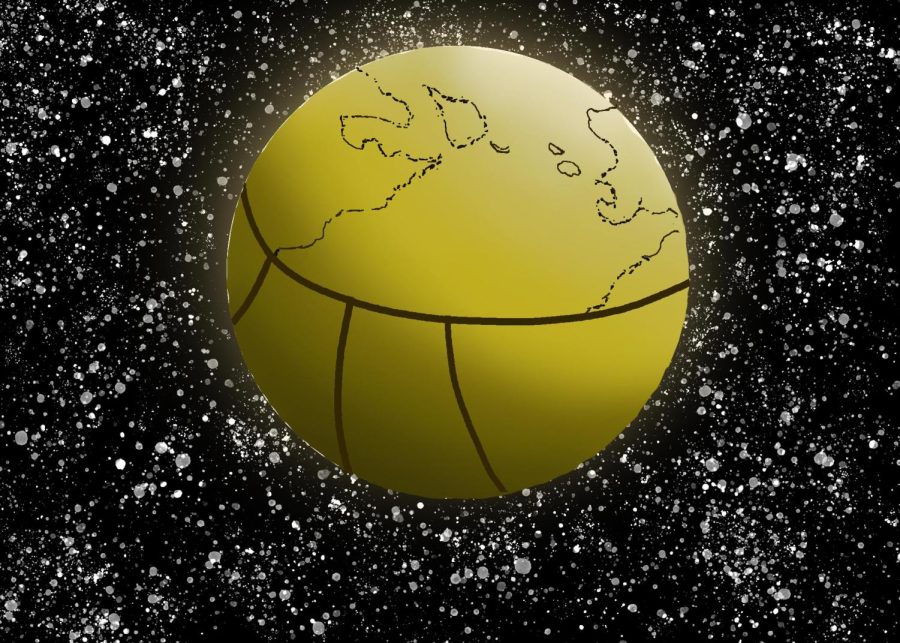 Since the basketball program at GHC started, women’s head coach Brandan Harrell and men’s head coach JJ Merritt are no strangers to bringing international players from across the globe.

While this year’s men’s team has two international players, Ubong Okon from Nigeria and Mamadou Diop from West Africa, the women’s team is much more diverse, featuring two players in the starting lineup from other countries, Sasha Shishkina and Sandra Lin.

Shishnika and Lin both arrived at GHC in 2019, with Shishkina coming from Russia while Lin came from Taiwan.

Harrell brought in another international player this offseason, Rita Kun, who was graded as the best player at her position in her home country of Hungary.

Kun said that she was taken aback at how different the game of basketball was compared to Hungary.

“American basketball is so much faster and we have to concentrate on our defense more,” Kun said. In Hungary, they play place, and sometimes these places are assigned to a certain person like point forward.”

Kun said that she got to achieve one of her goals by playing somewhere outside of her home country.

“The offer here was a really big opportunity for me and I think that I will never play in Hungary again because I want to travel around America or somewhere else in the world,” Kun said.

The process of moving from Hungary to the United States isn’t an easy one, according to Kun.

“I had a manager in Hungary and he said to me that he thought I could win in the United States so I took my SAT and studied more English,” Kun said.

“I had an offer from coach Harrell in May and decided to announce my commitment to Georgia Highlands,” Kun said.

Kun was ready to join the Lady Chargers after four months of paperwork.

The contrasting styles of play are also something that players in the United States have to adapt to. That way they can show their international teammates how the game differs from the country that they came from.

Chargers forward Jarred Rosser, who has resided in America his whole life, says that it is a challenge whenever the basketball team gets a new international player.

“When we first meet them, we ask them a lot of questions because it’s different,” Rosser said. “We ask where they came from, their background and how long they have been playing.”

Different playing styles are something that Rosser says he has had to watch out for when it comes to opposing teams having international players as well.

Rosser roomed with a teammate from the Dominican Republic while he attended South Plains College and he said that experience opened his eyes to the international player scene.

“They paired us together for me to teach him English so the whole semester there I had to be his translator,” Rosser said. “I didn’t even know Spanish that well so I had to use hints as to what he was talking about.”

While international players require extra assistance in some areas, it is evident that players like Rosser can walk away with a different worldview and some life lessons along the way.

Rosser said that one of those lessons in life is that “Don’t take anything for granted and just play hard all the time. You’re bigger than basketball in terms of putting your country on your back and representing them.”