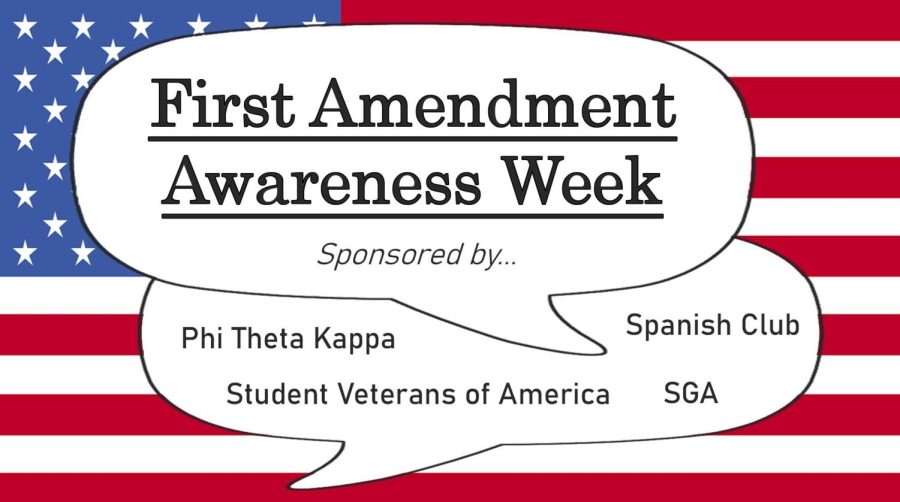 The First Amendment is very important to the SMP staff. Freedom of speech wouldn’t be as powerful without freedom of press.

Without the freedom of press the school newspaper likely wouldn’t exist, or it would be heavily censored. It would be much harder to spread a voice as far without avoiding the distortion that word of mouth or repetition can create if it ceased to exist.

The advancements made in technology will play a big role in the future of freedom of speech. With social media evolving everyday, Americans wonder if their right to exercise freedom of speech will be allowed or not on these platforms.

Social media allows information to spread rapidly, but not all of it is factual. Twitter is a platform that has set an example of banning accounts that spread harmful misinformation. They have suspended the account of Marjorie Taylor Greene and other elected officials indefinitely for repeatedly making false claims that violated Twitter’s terms of service.

Many believe that freedom of speech is being violated when social media restricts their accounts or outright bans them.

However, freedom of speech does have its limits. There is a difference between those who have unpopular and possibly offensive opinions versus those who are actively encouraging harm.

Americans aren’t permitted to incite violence or unlawful behaviors and simply say that it’s their freedom of speech. This is not a bad thing, the First Amendment has its limitations for a good and lawful reason.

The First Amendment is important to all Americans, it’s what allows the SMP staff to give coverage. That very reason is why GHC celebrates it the week of Jan. 24