Coach O’Neill steps up to the plate: what counts in coaching 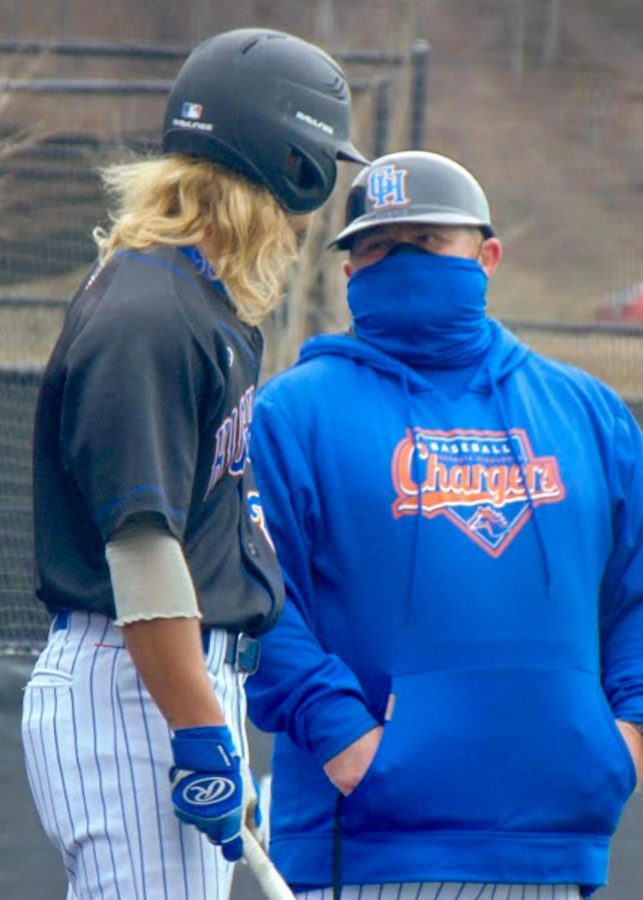 Behind every great player is a coach that takes charge on and off the field. Georgia Highlands baseball coach Danyel O’Neill strives to do just that.

He believes that being a coach isn’t defined by just being on the field, it’s about making a difference. For him, coaching is an opportunity to shape the lives of young men.

He says the most rewarding part is, “Seeing them develop as men and seeing them experience success.”

O’Neill was inspired to become a coach by the coaches that made a difference in his life. He tells how his father and grandfather coached him growing up and impacted him and his friends.

For 18 seasons, he has followed in their footsteps as he’s shared the sport of baseball with his players.

He believes to be a great coach, one must take a positive approach and encourage players. Likewise, he has learned from other coaches what not to do.

He said that taking an overly aggressive approach isn’t the best way to highlight a player’s capabilities. To excel as a coach, he says one must, “Be organized, understand what your goals are, know your values and be a good communicator.”

Additionally, O’Neill said a coach must, “Lead by example, live what you speak and work every bit as hard as the players.”

So what does it take to make the team? When recruiting, he looks for players with a history of performance, a good track record and excellent character.

Character development is essential to him. He says the best part of coaching is sharing in the triumphs of the young men he coaches.

When it comes to O’Neill, one thing is clear: he intends to make an impact on players that will last far beyond the ninth inning.