Batter up: Softball with Sloan 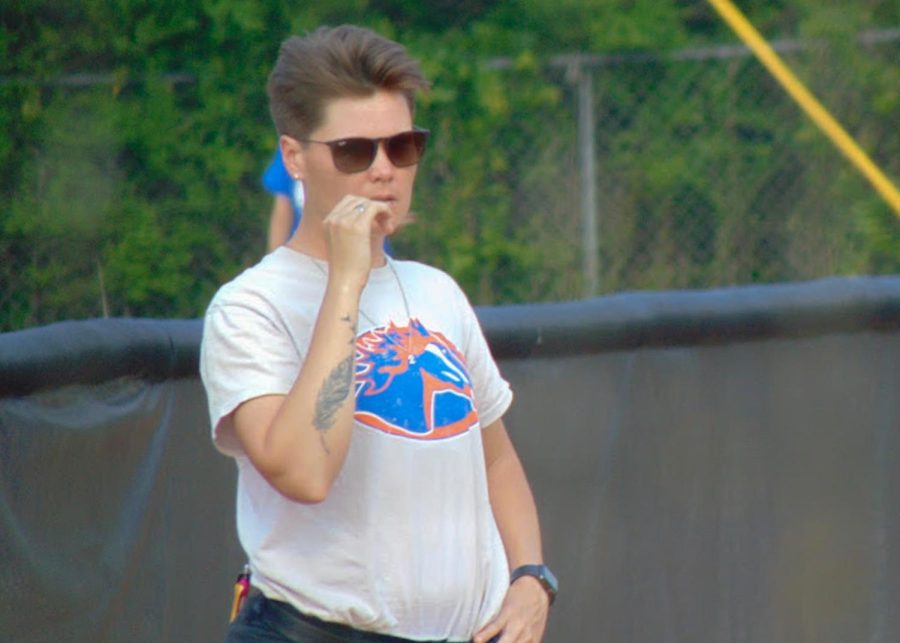 Anticipating the result of the next batter, GHC softball head coach Savannah Sloan watches as the Lady Chargers head to extra innings against Gordon State on April 7, 2021.

GHC softball head coach Savannah Sloan says that she makes sure her players understand the importance of academic achievement.

“What you do off the field directly translates on the field,” Sloan said.

Sloan said that if a player takes their grades seriously, this is an indication that they will take other things, such as softball, seriously.

Sloan searches for players who have a history of big hits, exhibit a strong work ethic and have great attitudes.

Likewise, teamwork between players is key. Sloan said that an attitude towards honest communication and trust is critical when it comes to teamwork and those two attributes can make or break you.

Sloan and assistant Coach Jordan Thornton said that they have that communication and trust with each other.

“She backs me 100 percent in everything that I do and I back her,” Sloan said.

Thornton says that she is thankful for the experience of working with Sloan and the Lady Chargers softball team.

“Working with Coach Sloan has been a wonderful experience. She is not only knowledgeable about the game, but she exudes passion for this team that inspires me daily. We have been through a lot in our time working together, and I am thankful for each day that I get to work with her. Sloan has not only helped me to become a better coach, but also a better person.”

Thornton also brings a perspective that the players can understand: going to a Junior College.

Sloan says she enjoys working with players at the junior college level as she gets to help prepare those players to reach their goals both now and as they transfer to another school.

When students leave Georgia Highlands and move towards their dreams, coach Sloan said if she could be remembered in just one word, it would be “welcoming.”

Sloan said that her players always hold a special place within her.

“I love them. If they have something that they need to talk about, or if they just need to have a different perspective on things, my door is always open.”