Spotify slow to moderate Joe Rogan and other podcasts 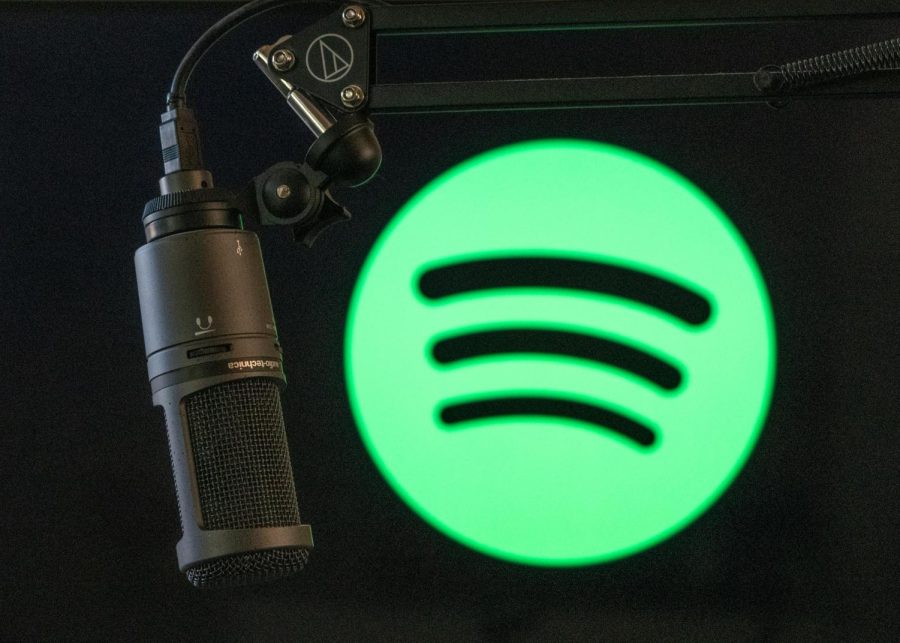 On Dec. 31, 2021, Joe Rogan released episode #1757 of his podcast, “The Joe Rogan Experience,” sparking controversy over content moderation after reports of the episode’s misinformation on Covid-19. Spotify’s response to the concerns with Rogan’s content has resulted in a series of musicians attempting to pull their music off the platform.

Musician Neil Young made a public address to Spotify on Jan. 26 in response to Rogan’s episode #1757 and Spotify allowing it to remain on the platform.

“These young people believe Spotify would never present grossly unfactual information. They, unfortunately, are wrong. I knew I had to try to point that out,” Young wrote.

Musician Arie joined Neil Young’s movement to protest the podcast’s content by sharing a compilation video that shows Rogan repeatedly using a racial slur throughout the podcast. Rogan later issued an apology for the language in an Instagram video.

Associate Professor of Communication at GHC, Dr. Steve Stuglin, said, “Audience members have a responsibility to vet sources of information and listen critically, even when the source is well-known.”

A group of medical and scientific experts wrote an open letter to Spotify pointing out Rogan’s choice to air false claims about vaccinations for COVID-19 in his interview with Dr. Robert Malone, a scientist involved in early COVID-19 vaccine research.

The group said the episode was “not the only transgression to occur on the Spotify platform, but a relevant example of the platform’s failure to mitigate the damage.”

The address of issues concerning misinformation presented on the platform began a string of protests against Rogan’s content and other potentially problematic sources. It also calls for Spotify to remove the content containing misinformation of the musician’s respective music.

Some media personnel such as Civil Discourse podcast host Caleb Blaylock said that he thinks that Joe Rogan will be okay despite the controversy.

“I really don’t feel sympathy for him, I think that he will have a platform no matter what. At his level of influence, canceling isn’t really a big problem for him so Joe Rogan will be okay,” Blaylock said.

Spotify released a statement on Jan. 30 following the protests and open letter stating its approach to misinformation and COVID-19 with new platform rules, content advisory, different ways of highlighting the Platform Rules and the platform’s stance on creators’ accountability.

“It is important to me that we don’t take on the position of being content censor while also making sure that there are rules in place and consequences for those who violate them,” Spotify CEO Daniel Ek wrote in the statement.

Rogan’s interview with Dr. Malone was not the first instance listeners have taken issue with “The Joe Rogan Experience” and Spotify’s exclusive hosting of it as of Sept. 1, 2020. Rogan and Spotify have received criticism over the podcast’s content for misinformation, offensive language and accusations of transphobia. Spotify responded to the criticism by labeling the episodes with an explicit tag.

Spotify and Rogan have since removed 70 episodes of “The Joe Rogan Experience” without any comment.