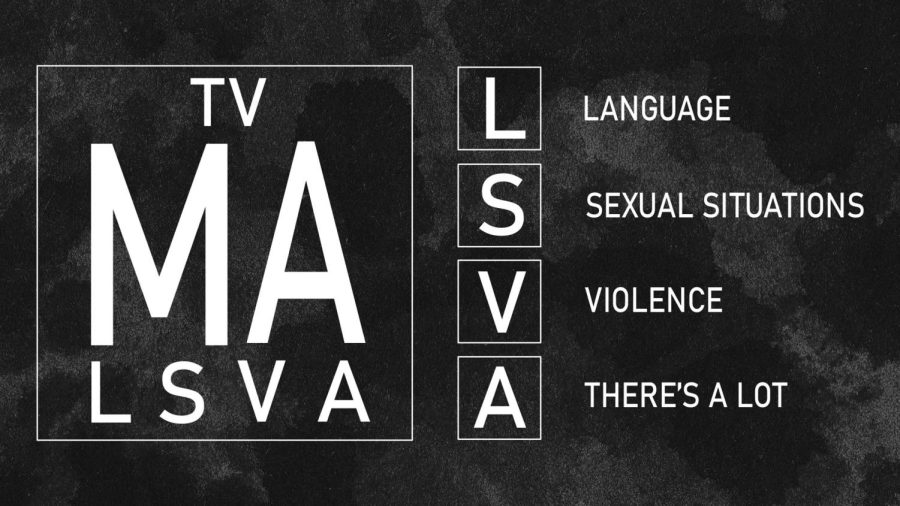 Besides the typical content warnings, "Euphoria" includes dark and sensitive themes which are not warned to potential viewers.

Rated TV-MA, HBO’s popular TV show “Euphoria” deals with sensitive topics such as drug use, violence and identity in the lives of high school teenagers. The sensitive content in the show has been questioned by many for the strong themes in a show about teenagers and how the content is labeled for viewers.

From drug glorification backlash and concerns with nudity, show runners are aware of the apprehension surrounding the content in “Euphoria.” Before the second season premiere Zendaya, lead actor and executive producer of the show, released a content warning of her own to her Instagram followers.

“I do want to reiterate to everyone that ‘Euphoria’ is for mature audiences,” Zendaya wrote. “This season… is deeply emotional and deals with subject matters that can be triggering and difficult to watch.”

Zendaya has been the target of backlash for claims of romanticizing drug use in the series. These comments focus on the character Zendaya plays in the show, Rue, a teenager who becomes addicted to drugs after the death of her father.

“Maybe they can extend that to people in real life…You can love someone that is struggling with the same thing, and maybe have a greater understanding of the pain they’re facing, that is often out of their control,” Zendaya wrote in response to the content of season two, episode five of “Euphoria.”

The fifth episode in season two gives the audience a closer look at the effects of withdrawal. The episode highlights the effect of drug use on family relationships as well as romantic relationships and friendships. It contains mentions of suicidal thoughts, graphic violence, strong language and drug use from a minor.

HBO provides a disclaimer statement before the episode that it is for mature audiences due to violence and language, but a quick search on IMDb provides more insightful information about what the disclaimer misses out on.

“The Federal Communications Commission’s (FCC) guidance for warnings is vague and subjective,” Laura Gargis, Assistant Professor of Library and Information Science, said. “Additionally, by law, the utilization of content warnings is voluntary, so not all TV content will contain warnings.”

Stations or streaming services such as HBO typically provide a rating for the content available on their platform. The modern rating system for media was created by the Motion Picture Association (MPAA) in 1968 with the purpose of helping parents make informed decisions for the media their children view.

“Ratings are essential to protect young audiences and help guide parents…Triggering is a challenging term to use in ratings because it is subjective to the individual,” Ingram said.

How do potential viewers determine if the content or theme of a show is too much for them?

“The only way for viewers to ensure that content is appropriate for them is to do that research themselves… any attempt at determining appropriateness by the view is better than no attempt at all,” Gargis said.

“Adults are adults,” Ingram said, “and should be responsible for themselves.”