Gas prices too high with no hope in sight 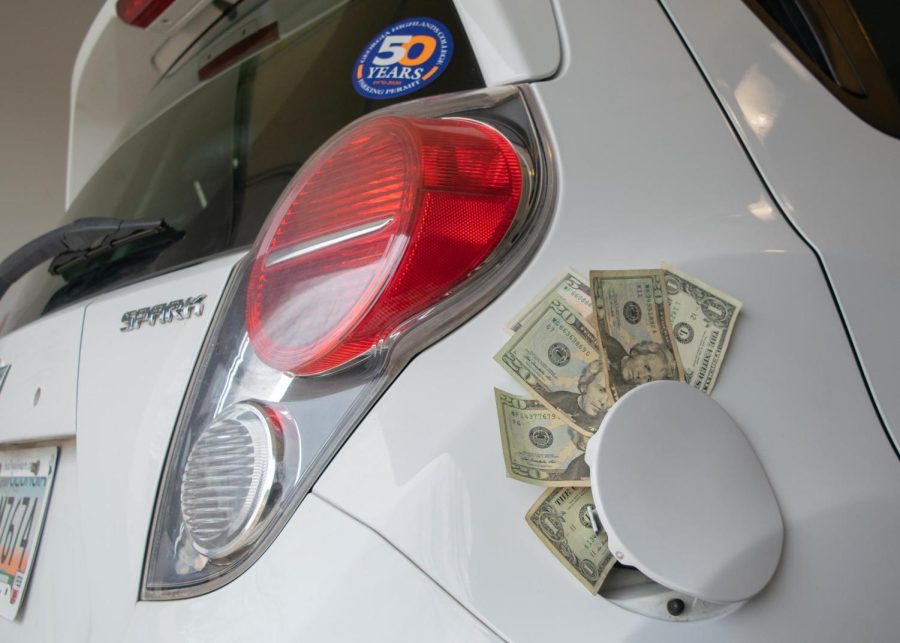 With the increase in gas prices, GHC students are having to make major adjustments, especially for those who commute from afar. (Photo Illustration)

The U.S.’ decision to ban Russian oil in the wake of the Ukraine invasion is an obvious one, but the consequences are hitting Americans in their already shallow wallets.

The war in Ukraine has had many effects on our economy, with the rise in gas prices being the most noticeable.

Russia is not the only supplier of crude oil, but the unrest in the country is making oil prices rise worldwide, as Russia is one of the top 10 producers of oil in the World.

While some people were just getting familiar with the idea of attending face-to-face classes and no more work from home, now they have to get accustomed to gas prices spiking.

Students and faculty are amongst those who have had to make adjustments to their budgets and livelihoods.

I have had to significantly reduce my Starbucks trips as every dollar is worth saving for gas.

Gas prices have increased to an average of $4.25 in Georgia and well over $5.00 per gallon in California. With so many people still unemployed and enduring hardships from the effects of the pandemic, being able to put $15 in their tanks will no longer suffice.

Some students say that they’ve had to restrict their driving to only school just to preserve their gas. Elizabeth Dose, professor of psychology, said that the consideration of utilizing Zoom in face-to-face classes is being heavily pondered for students that have to drive an hour for class.

To decrease the expenditure of gas, Laura Walton, GHC Assistant Director of Advising, sometimes opts to meet online rather than driving to the Marietta campus.

While I have converted to online learning and do not leave home unless necessary, I am no less considerate about what’s taking place in Ukraine and the world. I understand that sacrifices have to be made for countries defending their freedom.

Some students have jobs to commute to daily and $10 barely making the gas meter move is taking a toll on their already burned-out mental states.

The spike in gas prices has affected the leisure activities students would partake in to bring themselves a sense of comfort.

Trips to Barnes and Noble have always been my escape and I haven’t been there in weeks so I can preserve my gas.

David Gyebi, a GHC student that attends the Paulding Campus, said that he can no longer afford to enjoy Chick-fil-A because all his money has to be saved for gas.

Whether rising gas prices are affecting people or not, we are hoping for better days where leisure activities do not have to be sacrificed.

I’ve never had to make a budget and factor in gas money until now. Putting in $15 could fill my tank halfway and I wouldn’t have to worry about buying more gas until the end of the week. Now I have to fill my tank in order to bring me to work and back for the week.

It is imperative that we understand that inflation and gas prices will only be getting worse for months to come and it is understandable to be heartbroken.