GHC Spanish Club enjoys a night at the opera 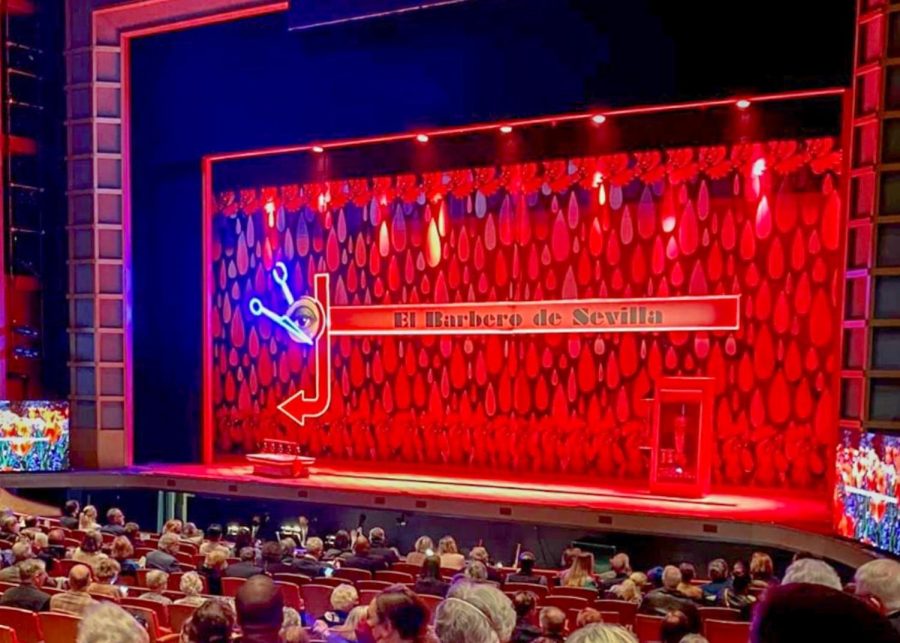 The audience sits in the theater as they await the Opera production “The Barber of Seville.”

The Spanish Activities Club strives to advance their Spanish-speaking abilities beyond the classroom. Recently, students gathered in a group of seven and had the opportunity to enjoy a night at the Opera.

“The Barber of Seville” was performed at the Cobb Energy Performing Arts Centre. Based on the 1775 French comedic play “Le Barbier de Seville.” Cesare Sterbini, an Italian writer and librettist, wrote the libretto. The Opera music was composed by Gioachino Rossini.

Adviser of the Spanish Activity Club, Professor Kathryn Garcia, said, “This opera takes place in Seville, Spain, but is written and performed in Italian.”

In the Opera performance, “Everyone’s favorite barber pulls all the levers in this comedic romp featuring a fiery young girl, her lecherous old guardian and a smitten young nobleman. It’s all up to the wily Figaro to stay one step ahead of the shenanigans and see to it that true love wins in the end,” The Atlanta Opera said on Cobb Energy Center’s website.

“I have attended several operas and this is the most comical one I have ever seen,” Garcia said. “I was surprised and entertained by the use of sarcasm in the performance.”

The way the play is presented has changed throughout the centuries.

“I enjoyed the original music. Also, as far as costumes, there was a mix between traditional and more modern, ‘70’s style attire,” Garcia said. “The choreography included yoga and disco dancing.”

It will be a night to remember as Garcia said they all enjoyed the show.

“It had a nice blend of comedy, and I was really amazed at how the singers were able to project their voices and hit certain notes,” Lakeeya Wiggins, member of Spanish Activity Club, said.

Students interested in exploring culture and language through art, music and much more may find the Spanish Activities Club just the organization for them. Those interested can contact Professor Garcia at [email protected].