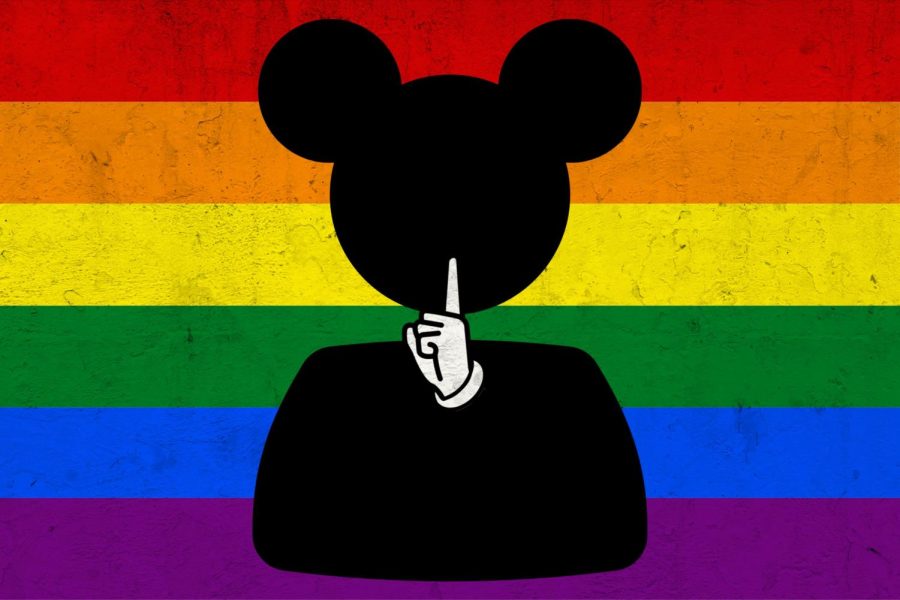 Employees and fans are criticizing Disney’s CEO, Bob Chapek, for not taking a stance against the critic-dubbed Florida “Don’t Say Gay” bill.

Former CEO of Disney, Bob Iger, publicly opposed the Florida bill in light of the Florida House’s approval of it on Feb. 24 saying, “If passed this bill will put vulnerable, young LGBTQ+ people in jeopardy.”

Unlike Iger, Chapek did not publicly disagree with the bill during Disney’s public shareholder meeting March 9.

Many fans and employees of Disney spoke out against Chapek for not speaking out.

Terrace posted a video along with the tweet to share her opinion on Disney’s actions and promote her charity stream to support LGBTQ+ youth.

“We got a company-wide email this morning basically telling us, in summary, Disney as a company is not going to change doing any of this, ‘we’re not going to not give money to these people but here are a bunch of flowery and compassionate words,” Terrace said.

The parental involvement in the bill includes full disclosure concerning the child’s mental, emotional or physical health and well-being from the school.

Alexandra Reiter, SafeZone certified Assistant Professor of Communication and faculty advisor for Students Without Borders at GHC, said that she views her home state’s recent bill as concerning as an educator and parent.

“I think it’s wrong. I think it’s singling out and discriminating. I feel that it’s just going to create a bigger divide…I don’t think the government has a right to dictate that and LGBTQ+ individuals have a hard enough time just living their day-to-day lives.”

The bill allows parents to take legal action against schools if they believe the school has allowed discussions concerning sexual orientation or gender identity to occur in primary grades classrooms.

Reiter added that she felt it was educators’ job to expand children’s thinking and that this bill would do the opposite, teaching kids that being different is a bad thing.

Over the last two years, Disney has donated upwards of $300,000 to members of the Florida legislature and $50,000 to Gov. Ron DeSantis. These donations include the sponsors of the “Don’t Say Gay” bill, House representative Joe Harding and Senator Dennis Baxley.

In response to the backlash over Disney’s political involvement, Chapek released a public statement to employees and fans.

“It is clear that this is not just an issue about a bill in Florida, but instead yet another challenge to basic human rights,” Chapek said. “I missed the mark in this case but I am an ally you can count on.”

The employees wrote, “The recent statements and lack of action by TWDC leadership regarding the ‘Don’t Say Gay’ bill have utterly failed to match the magnitude of the threat to LGBTQIA+ safety represented by this legislation.”

These select Disney staff and employees staged walkouts between March 15 and March 22 during scheduled break periods between 3 p.m. and 3:15 p.m.

@DisneyWalkout is a Twitter account created by Disney employees and dedicated to demanding better from Disney’s leadership. More details about the walkout, schedules, and petitions can be found at the website whereischapek.com.

If the bill passes through the Florida House and is signed by Gov. DeSantis, it will be in effect July 1.

“This bill aims to injure a good part of the population of Florida and I have a problem with that,” Reiter said. “I feel like we’ve taken steps back in the opposite direction by decades. It makes me question what year we’re in when I hear things like this.”

A version of this bill has been proposed to the Georgia state Senate. More commentary on the “Parental Rights in Education” bill can be found on the Student Spin podcast.