The rise of K-pop and K-dramas 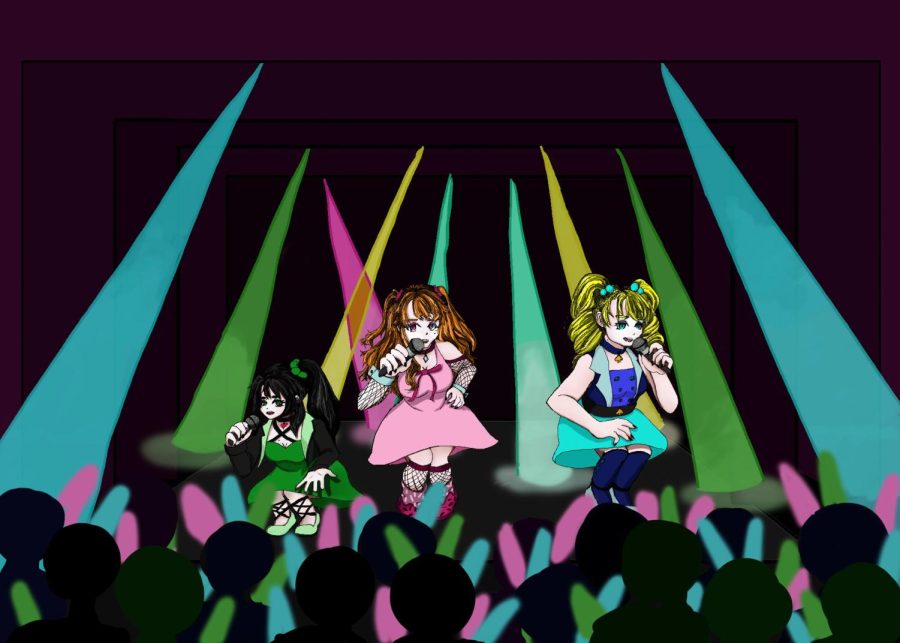 K-pop and K-dramas have grown past their country of origin and into the globe. Without even realizing it, many passive consumers of Korean media have become active fans.
“I don’t really know [K-pop and K-dramas], so my opinion is pretty neutral,” GHC student Julianna Lynch said and added, “I did [watch ‘Squid Game’] and I really enjoyed it.”
“Squid Game” topped Netflix’s viewership with 1.65 billion hours of streaming in the first month after its release. The show brought many people into the K-drama world, even if they initially wanted to watch a traditional thriller.
Similarly, not every listener of the Billboard No. 1 songs “Butter” or “Dynamite” knew BTS as a K-pop band.
“It took me so long to get ‘Dynamite’ out of my head, but it is super catchy. BTS are just full of life, so I love to listen to them every now and then,” Jannet Rodriguez said.
The band started breaking into Western media with performances of their singles on American talk shows such as “The Late Show with Jimmy Fallon” and “The Late Late Show with James Cordon.” Additionally, they have collaborated with famous western artists such as Halsey, Jason Derulo, Nicki Minaj and Megan the Stallion.
The K-pop group’s accomplishments culminated in a Grammy nomination in 2021 for pop group/duo performance and a second nomination in 2022. BTS also won Artist of the Year at the most recent American Music Awards.
Two weeks ago, BTS sold 260,000 tickets in four hours for a concert in Las Vegas, an emblematic location of Western culture. As further evidence of their global takeover, the band also spoke and performed at the United Nations in 2018 and 2021.
Beyond the success of Korean media in the television and music industries, Korean films have grown increasingly recognized. In 2020, “Parasite,” a Korean thriller about wealth disparity, won six Oscars, including “Best Picture.”
Director of “Parasite” Bong Joon-Ho said in his Oscar acceptance speech, “Once you overcome the one-inch-tall barrier of subtitles, you will be introduced to so many more amazing films.”
As K-pop and K-dramas grow globally popular, Joon-Ho proves his point. For many long-term fans, this comes as an overdue recognition of what they already enjoyed.
“When I first started listening to K-pop and watching K-dramas, there were a lot of people who criticized it and wouldn’t even give it a chance,” Cartersville campus GHC student Ebony Arnold said.“However, recently, people are becoming more open to it, which I’m happy to see!”
She is not the only one happy to see this growth as many more people across the globe watch the content Korea produces.