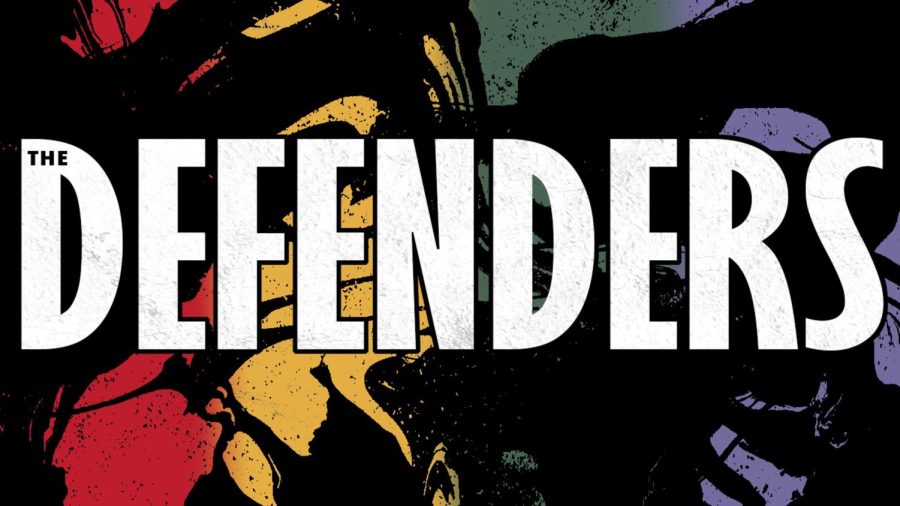 "The Defenders Saga" is a collection of R-rated Marvel shows chronicling the origins and stories of street-level heroes. The Netflix originals were moved to Disney+, ridding them of the Netflix credits.

The collection of Marvel shows that were developed from a deal between Marvel Television and Netflix has left the streaming platform as of March 1 and found a new home on Disney+, which started on March 16.

This collection of shows has received a new name along with its move: “The Defenders Saga.” The collection includes the following shows: “Daredevil,” “Jessica Jones,” “Luke Cage,” “Iron Fist,” “The Punisher” and “The Defenders.”

Some are delighted that the shows will be alongside the rest of the Marvel Cinematic Universe, but others are skeptical. Parents of younger children have raised concerns over this kind of content being added to the family-friendly streaming platform that is Disney+.

The shows do not pull punches when it comes to the R-rated content they contain, veering away from the PG-13 content fans are used to seeing in the MCU. “The Defenders Saga” includes sex scenes, mentions of rape, strong language, violence, drugs and a memorable scene of “Daredevil’s” Wilson Fisk repeatedly smashing his subordinate’s head in a car door.

Caleb Blaylock, a GHC film production student and Assistant Station Manager of the Student Spin Podcast, said that the shows are “pretty gnarly” when it comes to their content.

IGN has compared the content of the Netflix originals and the Disney+ streaming versions and said that the shows were not censored in any way. As someone who has watched all the shows through and through, that is fantastic news. Censoring the shows for being moved to a new platform would do the shows a disservice by gutting any in-depth meaning they have with the stories and characters.

As it turns out, censoring the shows is unnecessary. Version 3.16 of Disney+ included improvements to the parental controls to make sure parents could effectively lock their kids out of any undesirable content.

“Upon launch, Disney gave you an option to create an account that had or did not have access to PG-13 content,” Lorenzo Caseiro, GHC alumnus and fan of “The Defenders Saga,” said. “But after adding ‘Defenders,’ they require you to input your full password in order to give any profile on the app the ability to view ‘Defenders’ content.”

As an added safeguard, users can opt to add a 4-digit passcode to their personal profiles to keep account sharers away from their TV-MA access. My Vanellope von Schweetz profile picture now has a padlock icon underneath to show it is passcode protected.

Amy Gandolfi, Assistant Professor of Humanities and instructor of film courses, thinks that Disney is taking the best steps to keep TV-MA content away from children.

“They are obviously keeping their edgier content separated from the family content,” Gandolfi said. “They’re creating a way to have parents to have control over what their children are watching.”

As a parent of grown children, Gandolfi thinks that parents have a responsibility to monitor and teach their children about the media they are consuming.

“This is where parents need to step in and take an active role in monitoring what their children are doing instead of expecting the network to do that for them,” Gandolfi said.

Disney’s decision to add “The Defenders Saga” to Disney+ instead of Hulu, where all the other R-rated content goes, has been met with criticism, but the answer is simple.

“Disney+ is a brand stinking new streaming service,” Caseiro said. “They want to build their brand off of family content first, and now they want to expand their offerings so that they can get more people to subscribe. More variety adds more income.”

There is already content on Disney+ that some could argue is not suitable for kids. “The Mandolorian” and “The Falcon and the Winter Soldier” are good examples with violent scenes and dark themes. Yet, I have not heard a peep over anyone having a problem with these shows on Disney+.

“I think people are up in arms because it’s something new, because they’re doing something new and people don’t like change,” Gandolfi said.

All in all, the “The Defenders Saga” being added to Disney+ is a non-issue when it comes to the nature of the platform and fears over the shows’ accessibility to kids. Parents can confidently leave the room as long as they have the necessary safeguards in place.