Millennials are different, but the same 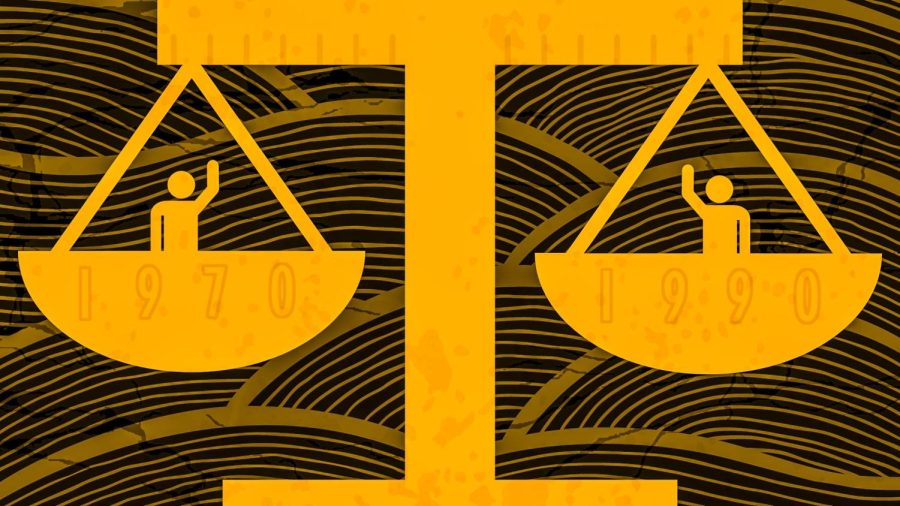 The Baby Boomers and Millennials are actually more alike than you might think.

Each generation seems to think the one immediately after them is considerably worse than they were. Millennials are currently the ones taking the hit, with many holding dear the belief that they are self-centered and self-serving.

It has been said that those born between 1981 to 1996 are the ‘me me generation,’ whose other superpower is entitlement. According to Princeton.edu, “Some personality tests suggest that students in these cohorts are more narcissistic than their predecessors.”

Millennials are those ushered into the world just as technology began making its initial approach and would quickly nestle itself permanently in all aspects of life. No doubt, the advent of technology and the internet in particular has shaped the way millennials think, act and believe.

An article published in Greater Good Magazine said that, “Narcissism can turn unproductive when, lacking self-knowledge and restraining anchors, narcissists become unrealistic dreamers.” Which pretty much sums up millennials.

But what constitutes this perceived selfishness, how can it be rectified and even more importantly, under whose watch was it allowed to flourish?

Ashley Taylor, a recent graduate of Rutgers University and Law school now works in the Philadelphia school system said that she doesn’t think that millennials are more selfish than their predecessors.

“We are choosing to live freely, we have higher levels of self-awareness and we simply don’t care too much about norms,” Taylor said. “Maybe that’s why older people especially, think we are selfish because we dare to exist on our own terms.”

Amy Eller, a graduate of Georgia College and State University and a teacher in the Douglasville school district, also does not agree with the idea of perceived millennial selfishness.

“What makes us selfish besides the fact that we choose to put ourselves first in situations where those two generations before us would not,” Eller said.

Not everyone agrees with the widely expressed sentiment that millennials are simply selfish narcissists all on their own. An article published in Time Magazine places the blame squarely at the feet of the parents. “If millennials are self-absorbed little monsters who expect the world to come to them and for their parents to clean up their rooms well into their 20s, we’ve got no one to blame but ourselves — especially the moms and dads among us.”

The article went on to state that, “Coddling kids is no way to raise thriving, much less grateful, offspring. Indeed, quite the opposite. And with 58 percent of millennials calling themselves ‘entitled’ and more than 70 percent saying they are ‘selfish,’ older Americans may soon be learning that lesson the hard way.”

Then there’s the third side of the coin being represented in this article in the Washington Post. “A research paper published last month by economists at the Federal Reserve comes to a different conclusion: millennials aren’t choosing to break economic traditions. Instead, we’re just broke.”

Contrary to stereotypes that kids these days have sharply different tastes and aspirations than did kids of yore, the report concludes that, “Millennials do not appear to have preferences for consumption that differ significantly from those of earlier generations. We simply lack the earnings or assets to make those same consumption preferences happen.”

With all that being said, it is safe to conclude that if statistics are correct and millennials really are a self-absorbed generation, it is not entirely their fault. Nor is it entirely the fault of the parents. There are economic, cultural and social factors to consider.

Perhaps the thing to consider is to encourage the good millennials do and to acknowledge the effort if and when they make it. Most importantly, remember that every generation has encountered its own unique set of challenges throughout history. The best thing to do is cultivate a worldwide cross-generational kindness.