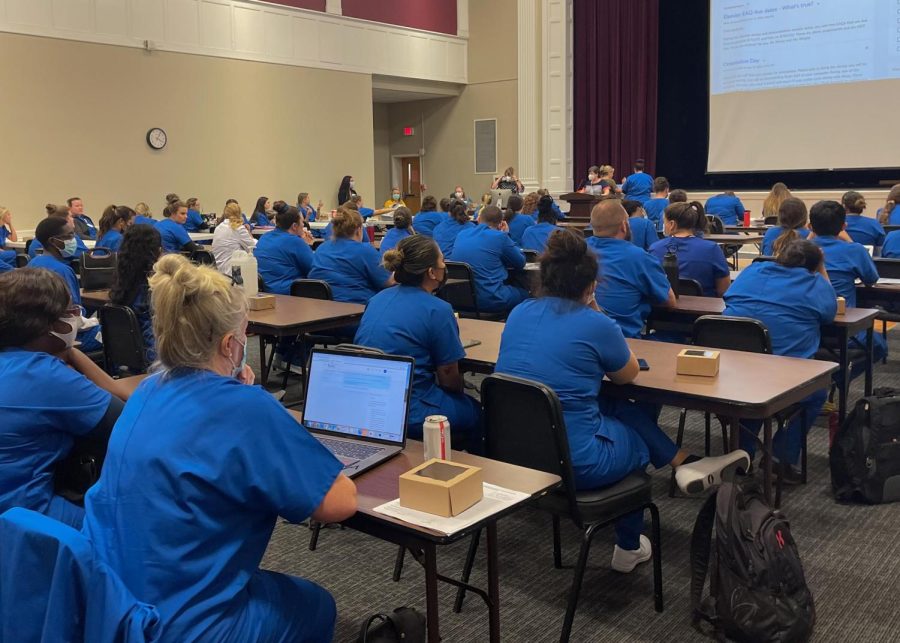 Nursing professors Paula Stover and Debbie Amason had no idea that their LibGuide “Introduction to Nursing” had been nominated to receive the prestigious MERLOT Health Sciences Classics Award for 2022.
Stover contacted the Dean of Libraries and College Testing, Julius Fleschner, who assured the nursing staff of the merits and validity.
“Now we are realizing that this is a very prestigious award,” Stover said.
According to the MERLOT website, the award is meant to recognize and promote online resources meant to enhance student learning.
In 2016, Amason and Stover began to produce the LibGuide in preparation for GHC’s transition to a concept-based curriculum.
“We hoped that it might give [students] an idea if they really want to be a nurse,” Amason said.
“We pulled out all of the theory and some of the fundamental things out of the fundamentals of nursing course so we could do a deeper dive once students get into our program,” Stover said.
Amason and Stover decided on a LibGuide versus a textbook after analyzing the data and brainstorming with librarians.
According to the GHC library website, a LibGuide is “a content management and information sharing system designed specifically for libraries.”
Amason and Stover worked on the project for one year after receiving an Affordable Learning Georgia (ALG) grant from the University System of Georgia.
“It was our first time to write what’s called an OER or open educational resource, and students gave great feedback on what helped them organize their learning,” Stover said.
Amason and Stover were unaware that anyone outside of GHC was utilizing the LibGuide.
“It is being used all around the world as an open resource and nurse educators are recognizing it,” Stover said.
Amason said that they had no idea anyone outside of GHC was using the nursing book as a resource.
“It makes me very proud to know that something we did has been recognized nationally and internationally,” Amason said.
“To know that we [produced] a very fine product and a much-needed project as an effort to help our students…” Stover said. “But realizing that it’s helping so many others is quite an honor and I feel humbled in receiving it,” Stover said.
Amason and Stover plan to extend the LibGuide after receiving an additional grant for revision.
“They are jewels to the nursing program and are super deserving,” GHC nursing student Kathy Guitar said.