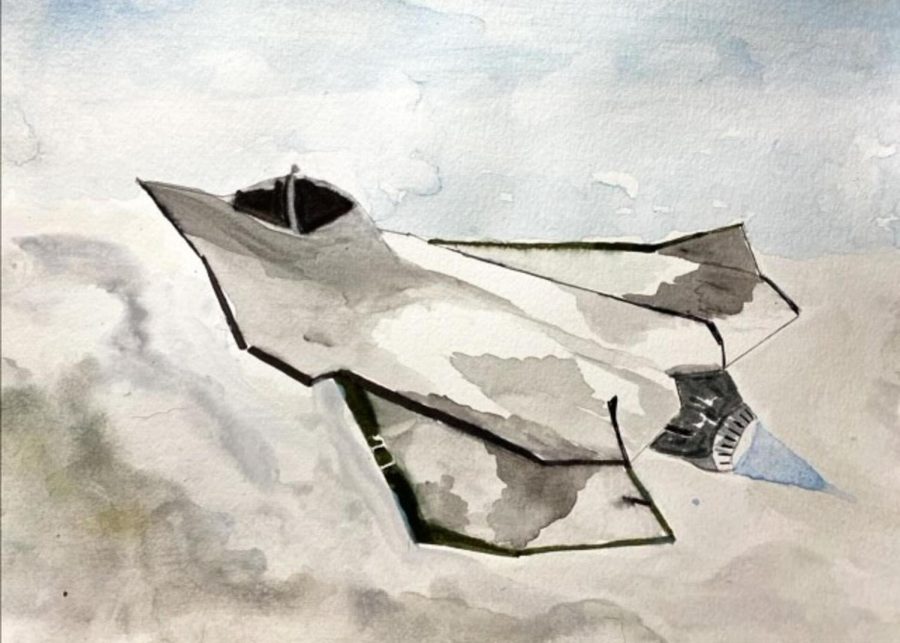 Adam Reed, the main character of "The Adam Project" played by Ryan Reynolds, uses his experience as a fighter pilot to use a time jet to travel to the past.

Anyone who is tired of wasting time scrolling through Netflix trying to find something to watch should head to the search bar and type in “The Adam Project.”

The movie is a sci-fi action-adventure film about a fighter pilot named Adam Reed who goes back in time to team up with his younger self, played by Walker Scobell, in the year 2022. Together, they travel to another timeline to convince their father to stop making his machine for time travel so they can stop the villain, Maya Sorian, who is played by Catherine Keener.

The movie not only has cool effects and everyday references, but it also takes inspiration from the “Terminator,” “Star Wars” and “Star Trek.”

The soundtrack also has a similar vibe to “Guardians of the Galaxy” and the multiple action scenes will have your heart pounding and on the edge of your seat.

Even though the movie has the “Back to the Future” aesthetic, it touches on an overall theme of family, loss and healing. It adds another layer to the story of how older Adam became the way he is and how he reflects on the moments in his younger life as he relives them.

Movies never tend to tug on my heartstrings, but this one I could definitely relate to. Personally, the movie can stand on its own without the sci-fi.

“The Adam Project” has a 68 percent score on Rotten Tomatoes.  However, the movie is receiving rave reviews.

“It was good. The movie didn’t take a long time to get into the action,” said Shambriana Artis, a nursing major at Georgia State University. “However, I didn’t like the love interest because it seemed like they used her as a placeholder.”

“The Adam Project” is a fairly good movie and has something for everyone. I would give it an eight out of 10 and is enjoyable for all ages.