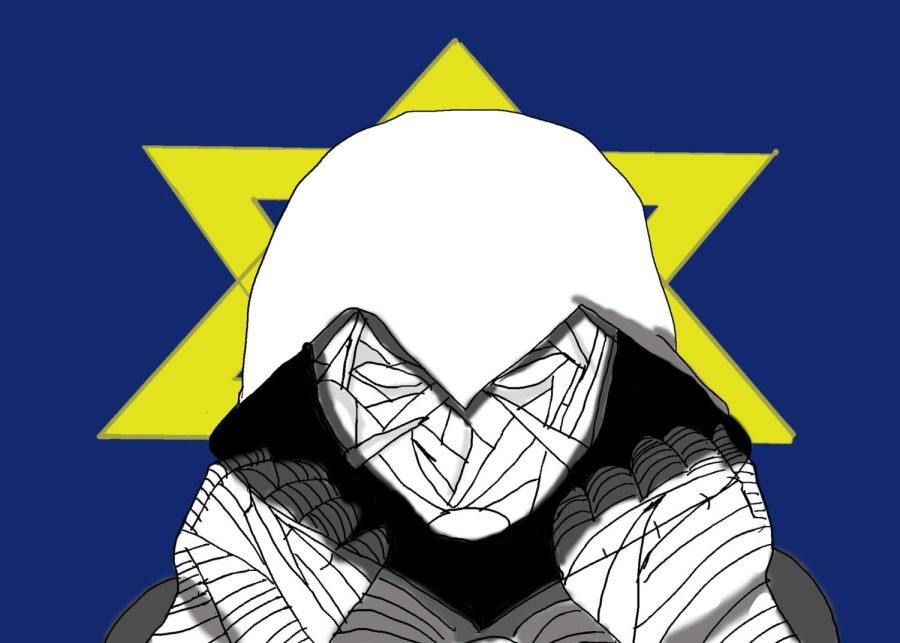 Marvel's newest addition to their line-up of MCU TV series, "Moon Knight," was released on March 30. It is streaming on Disney+ with episodes being released on a weekly basis.

In their most recent TV project, Marvel has brought one of their more obscure, but interesting characters to life. “Moon Knight,” starring Oscar Isaac, premiered on Disney+ on March 30. Only three episodes in, it has provided an experience unlike anything Marvel has offered so far.

The story of “Moon Knight” takes place through the eyes of museum gift shop manager, Steven Grant, who is played by Isaac. Grant lives a quiet life aside from the fact that he believes himself to suffer from a sleep disorder, regularly losing hours, even days at a time. Unbeknownst to him, Grant is actually an alter of mercenary Marc Spector, who suffers from dissociative identity disorder.

Spector serves as the avatar of the Egyptian god of the moon, Khonshu, and spends his nights prowling the streets as the vigilante known as Moon Knight. The barrier separating the lives of the two personalities quickly breaks down as they become dragged into the world of Egyptian mythology, ending up in the midst of a deadly showdown between the gods and goddesses themselves.

“Moon Knight” does a wonderful job of putting the viewer in the shoes of someone with DID. With the first two episodes taking place from Grant’s point of view, the audience shares in his confusion in the form of well-placed cuts meant to simulate the blackouts he experiences. It goes from one setting to another in a split second with no explanation as to how he arrived there. Instead, the plot slowly unfolds for the viewer as Grant discovers new information.

The series also provides an entertaining experience for both Marvel’s casual viewers and superfans alike. Unlike the projects before it, “Moon Knight” is not propped up by cameos and references from the greater MCU. The show instead takes a ground-up approach, relying on the uniqueness of the character and his story.

In keeping with the theme of providing refreshment to the MCU, “Moon Knight” features an openly Jewish main character. Marc Spector is a character whose origin is deeply rooted in Judaism in his comic book runs.

Spector is the son of a rabbi who fled from Europe to escape Nazi persecution, settling in New York. He and his father faced constant anti-Semitic hate crimes throughout his childhood, and his father’s pacifistic way of handling things led Spector on the path to rejecting his teachings and pursuing a career as a mercenary.

Marvel Studios has been heavily criticized in the past for mishandling Jewish representation. They have often omitted or erased Jewish heritage from characters heavily influenced by it in the comics, such as Scarlet Witch, whose father is a Holocaust survivor. The character’s origin in the films was instead made to be associated with the Nazi-adjacent group, Hydra, from the “Captain America” films.

Marvel drew controversy again on the subject after casting announcements were made for “Moon Knight.” Fans who were hoping for the character’s Jewish identity to be represented in the show were originally concerned with the casting of Isaac, who is Hispanic and not Jewish.

Spector’s Jewish identity was later confirmed to be a part of the show by both Isaac and show director, Mohamed Diab. When questioned by a fan on Twitter on whether or not the character would be portrayed as Jewish, Diab said, “Wait until the end of the show, you’ll be pleased.”

As of the third episode, Spector can be seen wearing a Star of David necklace. Casting announcements prior to the show’s premiere revealed acting credits for Spector’s father, Elias.

With the show’s debut season recently reaching the halfway point, there is still plenty of time for Spector’s Jewish heritage to have more significant screen time.

So far, Marvel’s “Moon Knight” has been a refreshing new adventure that is able to tell its own unique story without relying on the MCU to build from. It also finally provides representation for a group that the franchise has long overlooked.