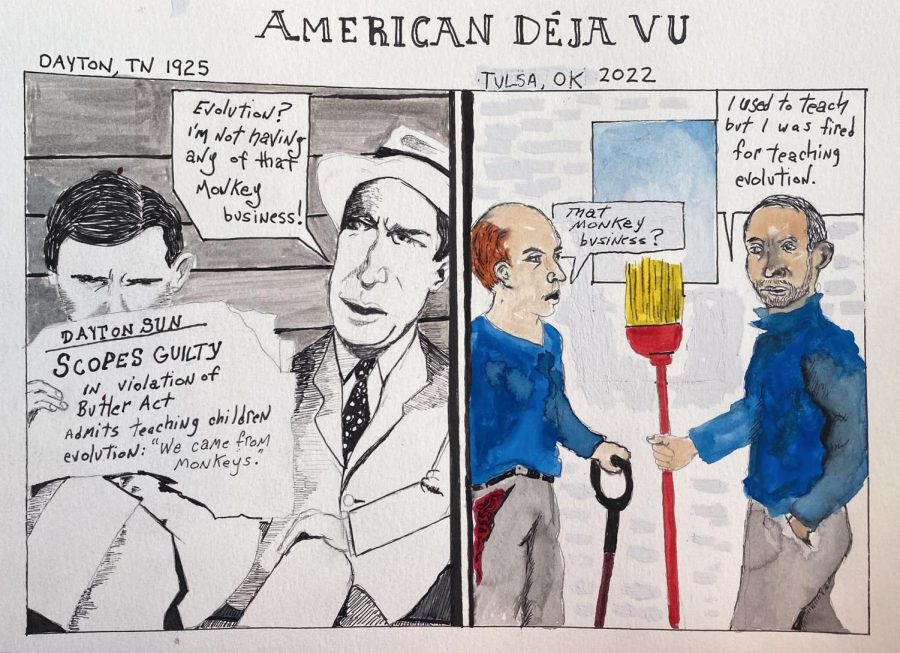 Some states have been passing religiously charged legislation that would bar public schools from teaching certain topics to students.

In recent years, several states have attempted to pass or have been successful at passing bills that aim to restrict the curriculum in their public schools.
From Critical Race Theory to evolution, from Florida’s “Don’t Say Gay” bill to Indiana’s HB 1134 “Divisive concepts” bill, these pieces of legislation aim to do one thing: push forward a strict conservative agenda.
This motivation can be ascribed to what sociologist Charles Wright Mills called the power elite, in which a group of powerful individuals maintains their control of power by creating situations and laws that maintain everyone else in the same socioeconomic position.
Education is a powerful tool. Abolitionist and social reformer Frederick Douglass wrote that learning to read and write meant the difference between being a slave and a free man.
What value does education have if it does not encompass all aspects of a given topic? The most important benefit to education is the wide array of options it affords us. Without education, the human mind tends to stay in the same rutted track.
Public schools across the nation do not have information, such as certain parts of history, as part of their curriculum. It is up to the students to find this information on their own either by exploring the internet or by taking college courses.
When legislation is passed that restricts the curriculum used in our public schools, that power is diminished. Governments understand this and use it to their long-term advantage. It is sad that we continue to elect the same type of people.
The worst aspect of this power grab is that children’s futures are involved. While they are only a secondary consideration, it is they who will lose the most from such restrictions on what their learning experience will consist of.
Children will have a hard uphill battle to undo the knot that binds their minds that is tied by the framing of their education.
It is the parents, or at least their votes, that are the primary consideration of this type of legislative jargon. They are, of course, concerned for their children’s futures and are consequently ready to believe the worst of the public school system.
Our politicians want us to believe the most foolish ideas. We are told that kindergarten teachers are teaching children about human sexuality instead of how to read and write and that, if students are taught evolutionary theory, then they are doomed to become militant atheists.
This sort of brainwashing works because it has become a grim cycle that influences voting and spurs this sort of terrible legislation.
What is the solution to this problem? How can we end this cycle of uneducated citizens and bring about true freedom, both social and economic, to a half-blind populace? Voting is the answer.
In his farewell speech, first US president George Washington warned the nation to stay away from two-party politics, as he understood it is human nature for people to congregate with other like-minded individuals and create an echo chamber.
U.S. citizens need to stop falling into the hole of the “us versus them” mentality. Stop voting for candidates based on whether they have an “R” or “D” next to their name.
People between the ages of 18 and 40 need to become more politically knowledgeable and active. It is long past time for us to wake up and end the nightmare of draconian legislation which enriches the few and impoverishes the rest.