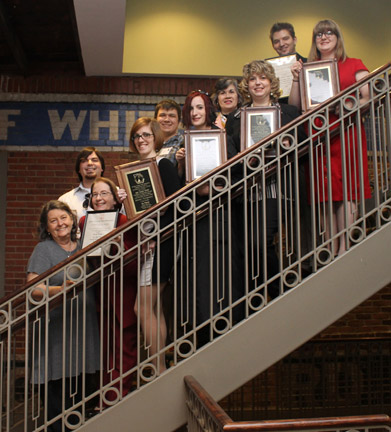 The convention features panels which give helpful information to student journalists to aid them in their budding journalism careers.

This year, the convention hosted both professionals and students alike, which provided the opportunity for student journalists to meet with a few professional journalists and editors from Georgia about career opportunities with newspapers across the state.

“GCPA is always a great experience for us, and this time was no different. It’s always refreshing to be around other young journalists, because it motivates those of us who go to continue our hard work,” said Andrew West, a general studies major at GHC and the editor-in-chief of the SMP.

The staff of The Six Mile Post received individual and general awards at the awards ceremony held Feb. 2. Among the individual award winners was Becky Crooks, SMP sports editor, who got second place for Best Column.

Lane was elected to the GCPA executive board.