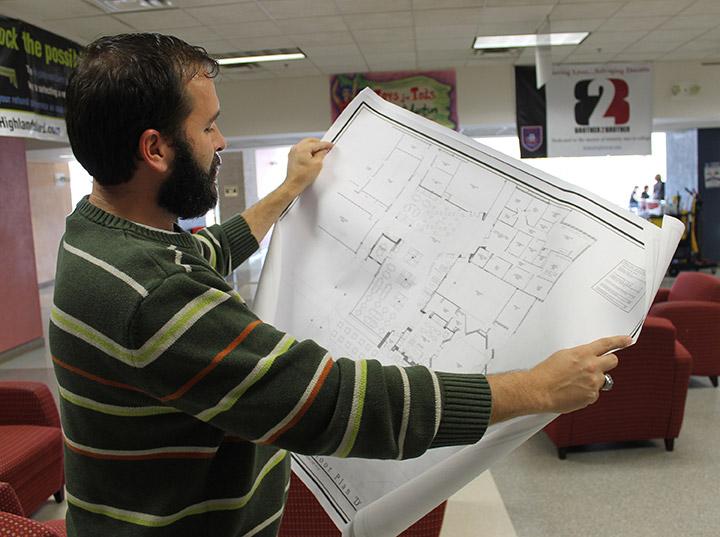 The planned renovations of the Floyd campus Student Center have been temporarily delayed, according to Eric Ricker, campus planner.

Ricker said that the reason for the delay is that contractor bids were not within the college’s budget. He said the earliest the renovations might begin will be in February.

Todd Jones, vice-president of student affairs and dean of the Floyd campus, said that this will likely be a four-month process.

Jones stated, “The Student Center renovation is long overdue for Floyd. We want it to look more modern and have a more inviting atmosphere.” He also said that this will help show that students’ tuition money is going to support the campus.

According to Ricker, the flow of traffic will be redirected as some entrances will be closed. However, more space will open up to be used as different phases of the renovation are completed. He says there will be approximately 300-400 square feet available for student use when construction starts.

Jones said they plan to add more seating and give the Student Center a storefront property appearance. He said there will be more places for charging electronic devices, the Solarium and dining hall will be connected and the game room will be updated.

Ricker said there will be a stage added to the Solarium for performances and a coffee shop-esque area between the Solarium and dining hall. He also stated that the Student Life offices will be renovated for better accommodation. He said the bookstore will have more room, and a conference room will be added onto the Student Center.