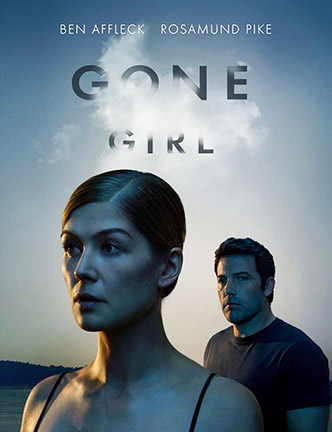 David Fincher, director of notorious films like “Fight Club,” “The Curious Case of Benjamin Button” and “The Social Network,” has released his latest and greatest film to date, “Gone Girl,” based on a novel by Gillian Flynn.

During its opening weekend from Oct. 3-5, the film took the top spot at the box office, earning $37.5 million according to Rotten Tomatoes website.

Fincher surprises audiences with an oddly casted group of characters including Ben Affleck, Rosamund Pike, Neil Patrick Harris, and, most surprising of all, Tyler Perry.

Affleck plays Nick Dunne, a man who finds his wife missing from his home on the morning of their anniversary. He quickly becomes swept up in the mystery of her disappearance and her suspected murder as he becomes entangled with the police investigation.

The entire cast provides stellar performances. Affleck, director and actor in “Argo,” portrays a character who is neither likeable nor disagreeable. Harris, famous for his role on “How I Met Your Mother,” shows that he is not to be typecast as a womanizer for the rest of his career.

“Gone Girl” takes a marvelous idea in itself and evolves it rapidly into a movie with so many twists and turns that it will keep the audience guessing the whole way through. The two and a half hour film keeps moviegoers so entranced that viewers should not even feel the need to check their watches.

The only thing holding the film back is its overly-humorous writing which, at times, draws attention away from the tension-driven plot.

This movie gets a grade of: A-