Students should not overreact to Ebola before having the facts 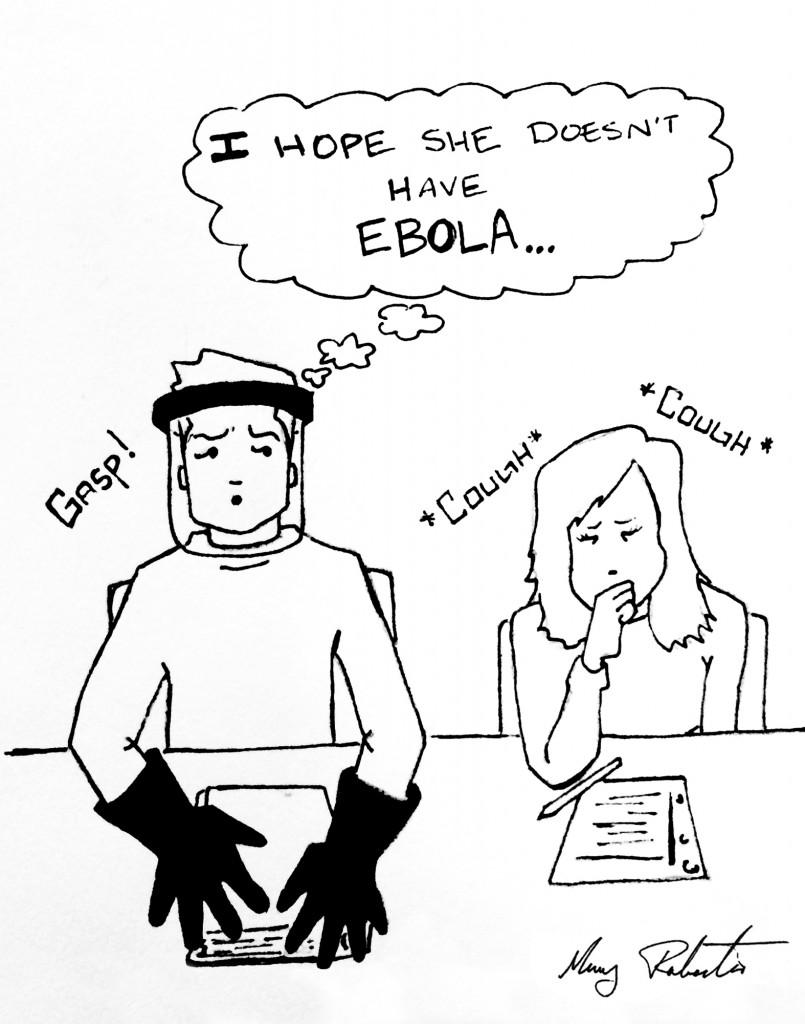 As humans, we tend to overreact about topics when we are not fully informed.

During the 1970s when AIDS was first in the public eye, people thought that it was airborne, and that it could be caught by touching the same objects or by breathing the same air.

People freaked out and isolated themselves from those they thought had AIDS.

As we now know, AIDS was actually contracted through unprotected sexual intercourse and blood transfusions. But until people were properly informed, they feared those who had AIDS for no apparent reason.

One of the biggest issues in today’s society is Ebola. Ebola has been around for years in Africa. However, Americans did not know what it was or were even concerned about the disease until it came to the United States.

Out of the Ebola cases in America, only one person has died.

“I honestly think it’s ridiculous how we all overreact to something that hasn’t really had a full effect on us. For the past 30 years or so, Ebola has been killing countless amount of people in Africa, and now that it has traveled to America we are suddenly opening our eyes to it. There are people who have been cured at Emory by basically keeping the organs functioning before they shut down from the Ebola infection,” said a communications major on the Floyd campus.

Just because a disease like Ebola is new and not very common to western civilization does not mean that it should cause panic.

According to the CDC, the flu kills thousands of people a year, yet we are not horrified of it since we are knowledgeable about the disease.

Ebola is not going to be the cause for the apocalypse, so we should stop overreacting. Students should get informed about the necessary precautions and the symptoms. Find out more about Ebola here: http://www.cdc.gov/vhf/ebola/