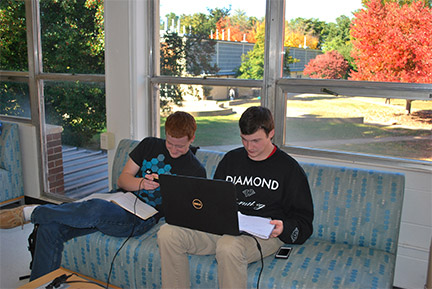 A lot of changes will be taking place, but Georgia Highlands students should not worry.  According to Ken Reaves, the dean of the GHC Marietta campus, the only changes that will take place are positive ones.

Although no plans are set in stone, Reaves said new class programs and teachers may be added to GHC’s Marietta location. More tutoring will be available, and it will be even easier for GHC students to transfer to Kennesaw State, if they would like.

When the D Building  renovations are finished, Highlands students will be moving back into that building.

New signs will be replacing the name of the college. Reaves is unsure if new buildings will be built on campus.

With Southern Poly being made into a new college, GHC students feel sympathy towards SPSU students.

Emily Ruotolo, a Georgia Highlands student at the Marietta campus said, “I feel bad for Southern Poly students because they worked hard to get into a technical college and now they’re being recognized for going to Kennesaw.”

Although two colleges are merging into Kennesaw State, life for Highlands students should remain the same, if not better. Reaves stated, “We’ll see what the future holds. This will be a good thing.”