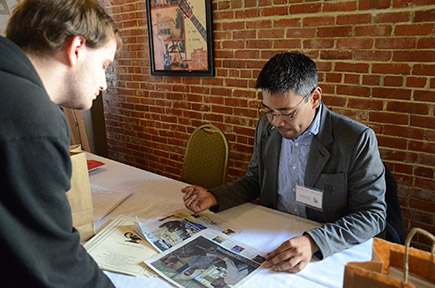 In its first year competing against four year schools the Six Mile Post received 12 awards from the Georgia College Press Association at the annual awards luncheon in Athens, Feb. 7. The awards recognized work from spring and fall 2014.

The general awards category was divided into large and small colleges by enrollment. The two individual award categories were first and second year students and junior and seniors.

Holly Chaney, staff writer, was elected treasurer, and Helms was elected to the Georgia College Press Association board.

“I am honored for the opportunity to work as a GCPA officer. It is an exciting opportunity to be able to serve as treasurer along with such bright individuals, and I have high hopes for what we will achieve this year,” said Chaney.

“It’s a great feeling being elected as president of such an established organization. I’m excited to have two people from the SMP and another from The Signal in office with me, and I look forward to working with other great people,” said Garcia.