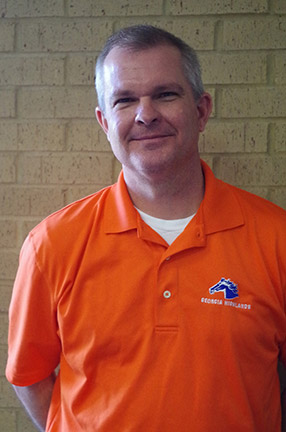 Brandan Harrell smiling for the camera. Photo by Taylor Barton

“The award is just a reflection of what they did,” Harrell said. “The players are the ones who got us in the tournament and won the game.”

Harrell added, “The award is just a reflection of the players we have.”

Due to their victory in the district tournament, the Lady Chargers advanced to nationals.

“Our players getting a chance to play in the national tournament was a higher priority than the coaching award,” Harrell said. “I was more focused on the tournament.”

Harrell received the award after the district championship in Lubbock, Tx.