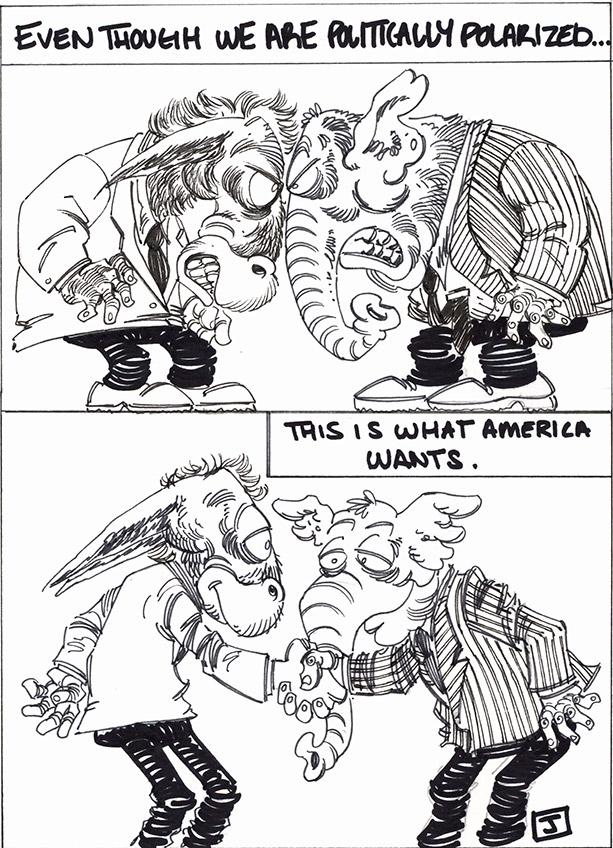 Polling data over the past several years shows that Congressional approval fluctuates at or near all-time lows. Americans just do not feel that government officials are doing the job voters elected them to do. Almost nothing is accomplished, and we seem to rarely hear of any good thing elected officials have done together for the American people.

Some say that campaign contributions are to blame because those who give large sums control the way representatives vote. Others comment that political parties often use underhanded tactics such as threatening to back a primary opponent if a representative does not vote with his or her political party.

While politicians and political parties seem very divided on issues, Americans as a whole are not as polarized as polls and politicians would have voters believe. We actually tend to be in strong agreement on a number of major issues.

For example, One area of agreement is the subject of campaign finance reform. According to SunlightFoundation.com, “84 percent of Democrats and 72 percent of Republicans favor limiting the amount of money individuals and organizations can spend on campaigns and issues.”

In an article about belief in climate change, Seth Bornstein, science writer for the Associated Press, wrote, “Overall, 78 percent of those surveyed said they thought temperatures were rising and 80 percent called it a serious problem.”

Also, according to a Harris Poll, “An overwhelming 84 percent majority believes having a system that ensures sick people get the care they need is a moral issue.” In the same poll, “A 63 percent majority favors a universal health care system.”

Elected officials continually show unwillingness to compromise. This is not what our founding fathers wanted when they designed a system of checks and balances. Although “compromise” has become a dirty word, compromising is the only way our system of government works effectively.

Politicians pander to their respective bases even though both major party bases combined do not make up a majority of the American electorate. If we are to resolve present and future issues, Americans must participate in the political process and keep pressure on our elected officials to move forward, especially in areas of such strong agreement among the Americans.