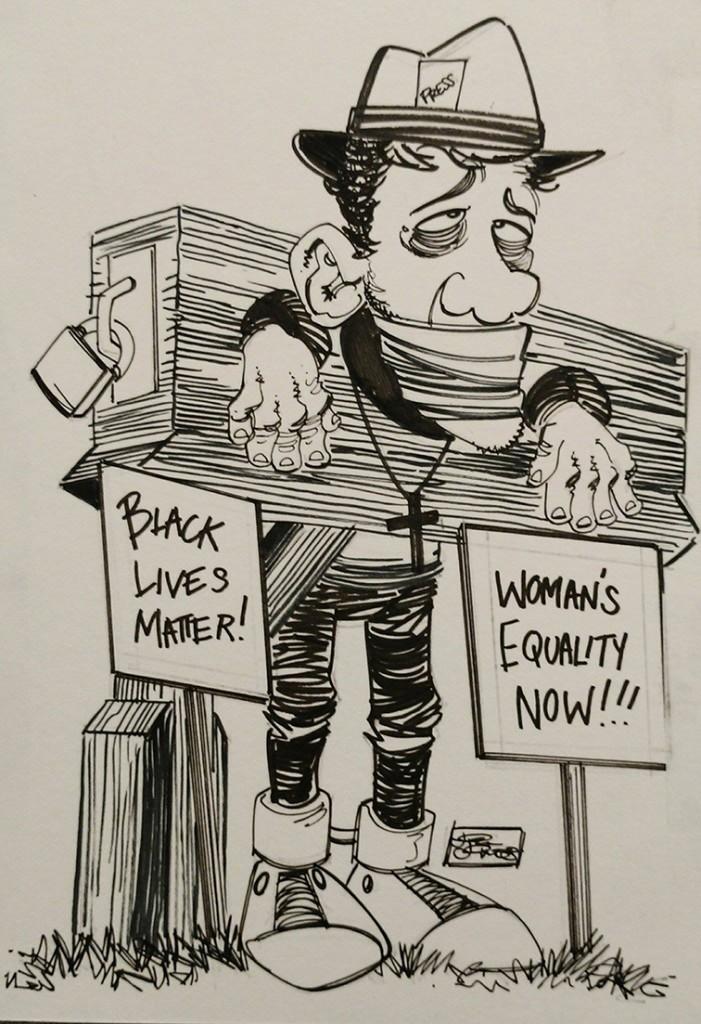 The First Amendment allows citizens to speak and express their views without fear of the elected government. In some countries, people cannot question the government for fear of their lives! Here, even if we disagree with the elected officials, we are protected and allowed to express that disagreement.

This goes back to a time when royalty ruled most nations and the United States was ruled by Great Britain. Under that rule, at that time, the colonists could not gather to discuss or disagree with rules and laws forced upon them by the British crown. As a type of government, the freedoms given to us by the Constitution were and still are revolutionary.

Due to the First Amendment, people have not only been able to express their opinions but also stand up for what they believe in. The ability to discuss certain things is the ground on which our government stands. It is through compromises that our country has been able to grow.

The press plays an important role in showing the events that occur in the modern day world. It is through journalistic integrity that this information is shown accurately. The press introduces the information that without which people would not be informed and not given the ability to make a decision.

How are we as a nation going to be able to grow and change if the reporters don’t bring to light the issues that affect all of us? The answer is easy: we won’t. We have already begun to see a country easily offended by every statement.

False information is just a click away, and society has been spoon fed for so long that we no longer research the information handed to us. We are losing a very critical freedom by not utilizing the resources we have around us.

Due to the First Amendment people have not only been able to express their opinions but also stand upfor what they believe in.