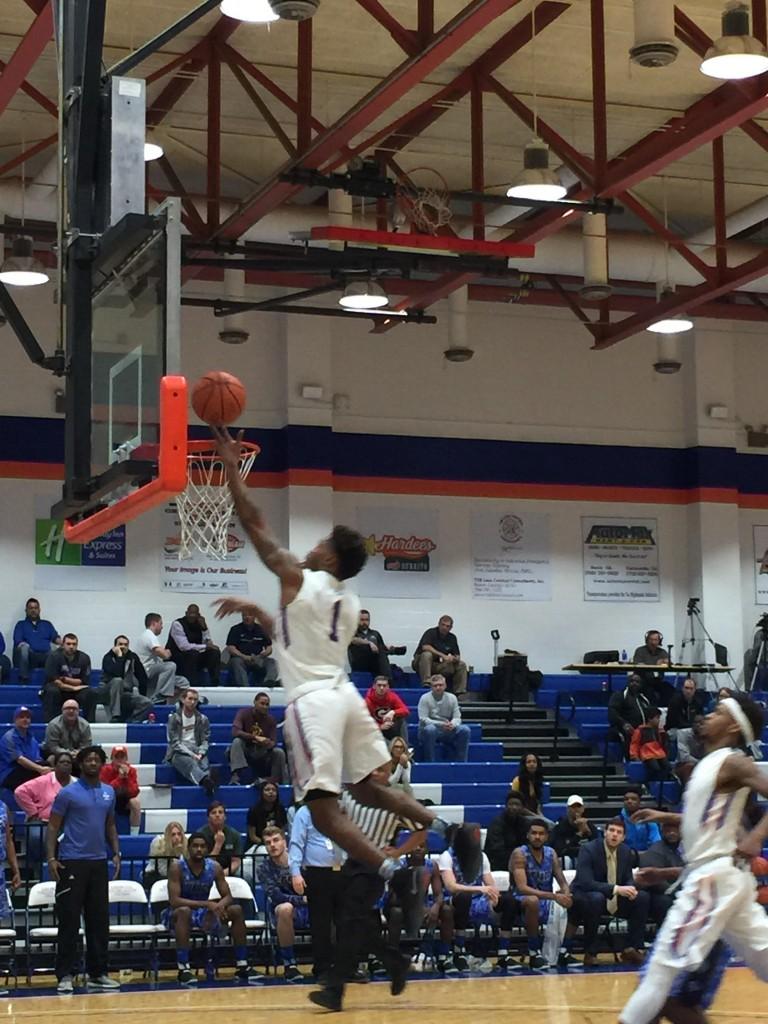 Ty Cockfield goes for a layup during conference tournament game on March 10. Photo by Joshua Mabry

On March 11, the Georgia Highlands College Chargers basketball team defeated South Georgia Tech 99-80 to win the NJCAA Region 17 conference tournament for the third consecutive season. Since they won the conference, the Chargers will now advance to the NJCAA national tournament in Hutchinson, Kan.

The Chargers were led by Kyvon Davenport the entire game. At the half, Davenport had contributed 13 points and GHC was leading South Georgia Tech 51-35.

By the end of the game, Davenport had scored 27 points and had 13 rebounds. In addition, Ty’lik Evans contributed 19 points for GHC and Antonio Wade and Kamar McKnight each had 14 points.

Davenport said that he and his team performed well in this game. He said, “We came out here and said we were going to do it.”

Davenport is ready for the national tournament. “Last year we came out short, but I feel like we’re going to go all the way this time,” he said.

Phil Gaffney, men’s head basketball coach and athletic director, said that he feels great about his team’s performance at this game. He said, “Our guys played really well. Everybody was unselfish and they played very hard. That led to a nice victory today.”

About winning the conference and going to the national tournament, Gaffney said, “This is great for the college and great for publicity. I’m very excited for our players.”

The NJCAA national tournament will take place on March 20-25 at the Hutchinson Sports Arena in Kansas. Follow the Six Mile Post at sixmilepost.com and on Twitter @6MilePost for updates.