Dioum moved to the United States to play basketball 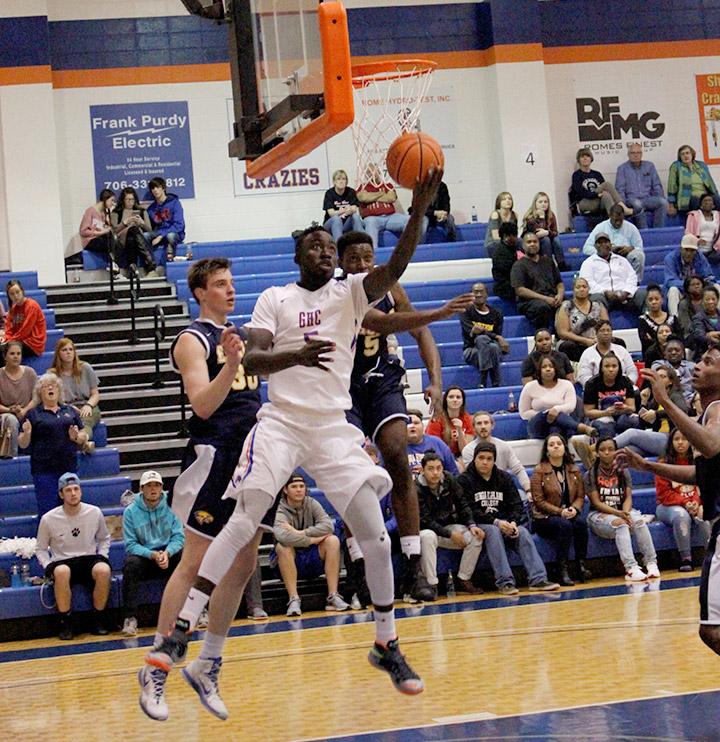 Massamba Dioum goes for a layup during a game earlier this season. Photo by Shannon Francis

Massamba Dioum, born in Africa, is playing on the Chargers’ men’s basketball team this season. Dioum said that he has been living in the United States for a little over three years now.

At GHC, Dioum is majoring in General Studies but he ultimately plans to major in International Business.

With International Business, Dioum hopes to make a lot of money in order to go back to Africa one day and help people.

He said that it has always been his dream to help people. “Some people in Africa, they need to go to school. Some people need clothes. I want to try to help them,” he said.

“I love to play basketball. That’s something that’s in my blood right now. I cannot stand a day without playing basketball,” said Dioum.

Dioum said that he is “really funny.” When he is not playing basketball, he enjoys sleeping. He said, “I like to sleep; I sleep a lot.”