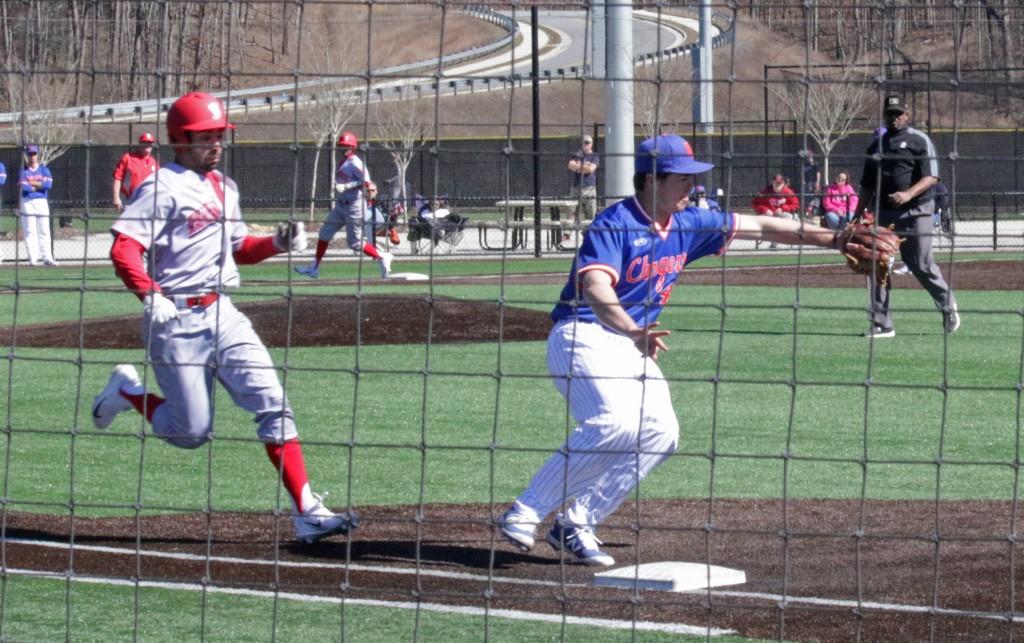 The GHC Chargers baseball team won the GCAA championship game on May 13. The team now advances to the East Central District tournament. Photo by Daniel Smith

The GHC Chargers baseball team became the GCAA champions after defeating Abraham Baldwin Agricultural College 8-3 on May 13 during the GCAA championship game at LakePoint. This is the first time the Chargers have won the conference.

Since the Chargers won the GCAA conference, the team went to play in the East Central District tournament. The tournament was hosted by Dyersburg State Community College in Tennessee.

GHC played Columbia State Community College in a first-round game at 11 a.m. CDT on May 17 and lost.

Since GHC fell on May 17, the team played at 11 a.m. CDT on May 18 against East Georgia State, which had lost a game against Dyersburg State. The Chargers lost this game.

The overall season record for the Chargers was 40-21. GHC ended the season ranked 12th in the NJCAA Division I for baseball.

Danyel O’Neill, head baseball coach, said that even though his team lost, “this season was an overwhelming success, and I am proud of what this team accomplished.”

O’Neill said, “I cannot say enough about my players.  They went from being below .500 a year ago to finishing as the #12 team in the country.”

About next season, O’Neill said, “I love our recruiting class, and I believe we are bringing in loads of talent, so I am very excited about what the future holds.  We will start every season with the goal of competing for a National Championship, and next year will be no different.”