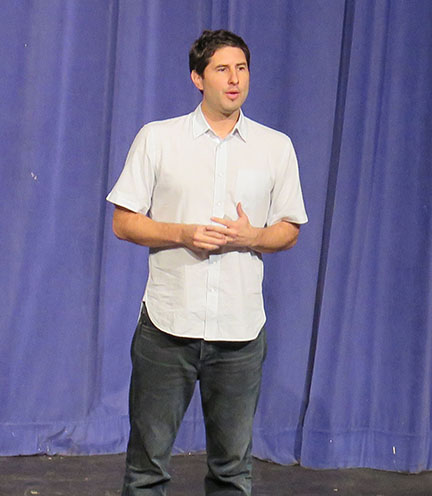 Each year the event begins with a form of entertainment from one of the local schools. This year’s event was opened by the Rome Middle School Choir. The RMS Choir sang a variety of song selections, including pieces from the Disney movie “The Lion King.”

De la Peña also stated that the inspiration came from his desire to explore the struggles of young people. He states that through his life and career as a writer he has discovered “reading is the ultimate form of empathy.”

Overall, the Oct. 19 event was attended by approximately 70 people for an audience made up of students, teachers and other local community members.

Each book selected is one that deals with community issues, including but not limited to coming-of-age, loss and redemption. It is read by middle school, high school and college students alike. Even adults in the community join in.