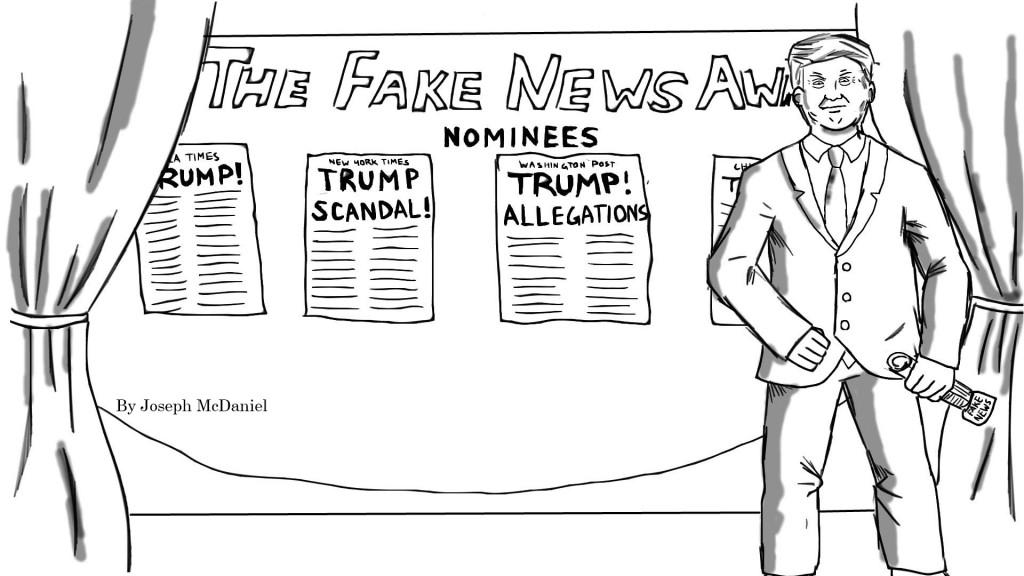 In today’s modern era almost every single person in the world consumes some sort of news coverage on a daily basis. To accommodate the people’s craving for information, news coverage is pumped out every second of every day. This results in a mass amount of news stories and not all of these stories are factual. News that is false has within the past years developed a name for itself: fake news.

According to Cambridge Dictionary, the definition of fake news is “false stories that appear to be news, spread on the internet or using other media, usually created to influence political views or as a joke.”

Fake news has resulted in people having a lack of faith in modern journalism. Fake news is degrades a journalist’s career. Articles or news stories cannot always be trusted to be factual anymore. A news article on Facebook was read by 993,205 Facebook users. The title of the article was “Morge employee cremated by mistake while taking a nap.” Despite how shocking the story may seem it is fake news.

The article did not have any sources to provide quotes on the acclaimed morgue incident and the article was laid out and written in a mediocre fashion. If this article was to be compared to a factual article it would be evident that the fake news story does not have as many components or in-depth research as the real article.
Fake news can still be tricky to spot. Political stories can be very believable and are often times the most common fake news stories. President Donald Trump is the face of fake news stories. It seems like if a list of all the fake news stories from the past year was made Trump’s name would be in over half of them. Trump as a result aims to make fun of fake news by giving out a “Fake News Award.”

Trump tweeted, “The Fake News Awards, those going to the most corrupt and biased of the Mainstream Media, will be presented to the losers on Wednesday, Jan. 17, rather than this coming Monday. The interest in, and importance of, these awards is far greater than anyone could have anticipated!” The President, news sites and the world all recognize fake news as an issue.

Quizzes and online sites are available to improve one’s ability to spot fake news. If people do not realize how much fake news has taken over the media they become pawns for fake news organizations.