Johnson picked GHC because of its basketball history 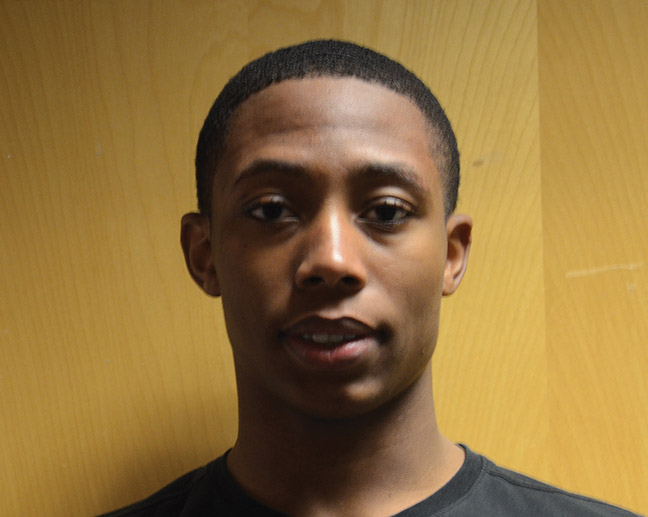 TaJuan Johnson, a sophomore guard for the Chargers’ men’s basketball team from the Chicago area, has been playing basketball since 5th grade.

Johnson said that he has not always played basketball. “I used to play football but then I stopped when I broke my ankle. I decided to stick with basketball,” said Johnson.

Johnson grew up in Chicago with his parents and brother until they decided to move to Maywood, a suburb about 10 minutes away from downtown Chicago.

When it was time for Johnson to go to college, he decided to attend Kaskaskia College in Illinois.

Johnson said he transferred to GHC for his sophomore year because his coach from Kaskaskia released him.

After being released, Johnson said, “Georgia Highlands’ assistant coach called me and told me they wanted me to come in. They were going to offer me a full scholarship.”

Johnson then said, “I looked at some of GHC’s history and saw they had won the most games in the country. Also, a lot of people went to top D1 colleges from here. I thought it would be a good fit, so I decided to come here.”

After GHC, Johnson hopes to continue his basketball journey at a four-year, hopefully D1, college.

He plans to major in business. “After that, I’ll graduate from there and see where basketball leads me,” said Johnson.

Phil Gaffney, head men’s basketball coach, said, “TaJuan has a bright future in college basketball. He is our captain, and has played great for us this season. He will certainly continue playing at a four-year school next year.”

Johnson said that a lot of people do not know that he can drum.

Also, he used to be into wrestling, rapping and he has played almost every sport, including baseball and tennis.