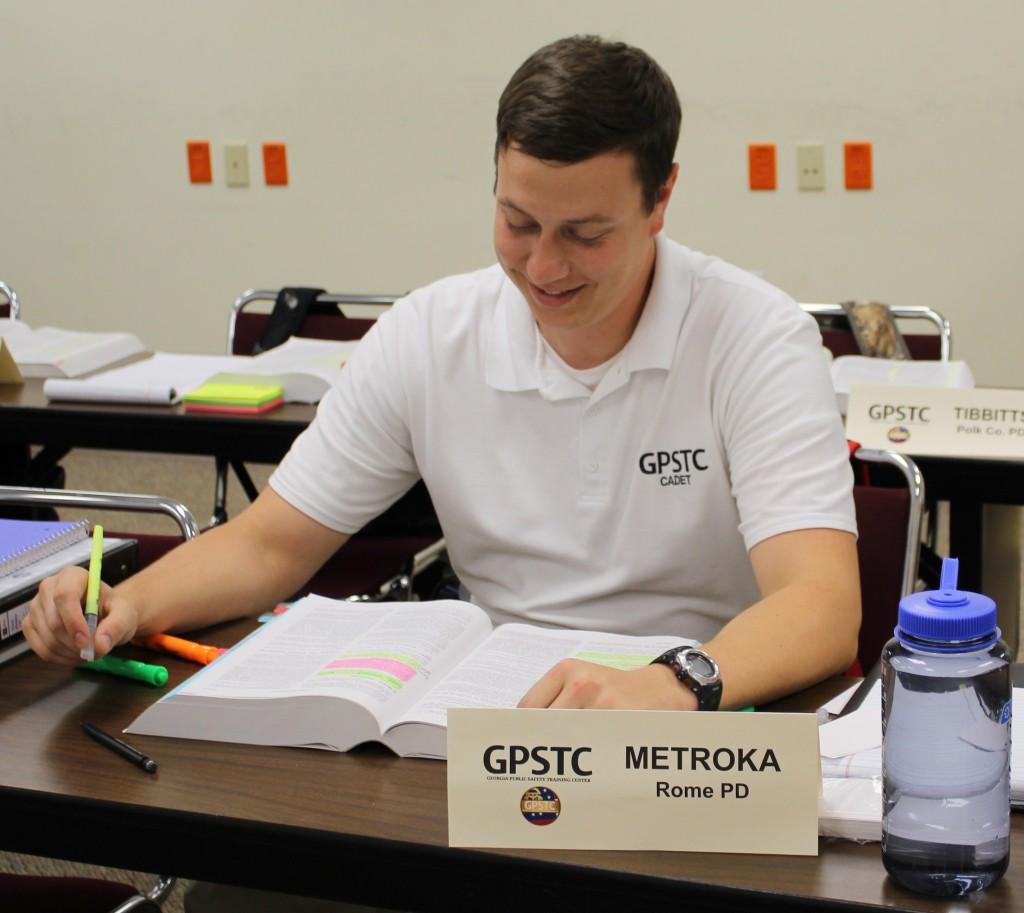 GHC’s Floyd campus rents out two classrooms and seven offices to the Georgia Police Academy, which is an extension of the Georgia Public Safety Center.

The academy trains and teaches basic law enforcement to people who are working to become certified police officers. Agencies all over northwest Georgia send their new employees to the academy on the Floyd campus to receive basic police officer training.

The academy receives students from sheriff’’s offices, jails, city police and county police departments as well as those straight out of the military from 10 different counties.

Ninety-five percent of students in the police academy program will become patrol officers.
The academy also teaches basic jail officer training to prepare students to be correctional officers in prisons throughout the state. Jail school is a different session of training from basic police officer school.

Police Academy Instructor, Kevin Morang said, “We are laying the foundation down for what they are going to have to do, trying to prepare them for what they will see on the outside.”

The police academy works with a new group of officers every couple of weeks. Morang said, “We teach them two semesters of criminal procedures in one week.” In two weeks the students take notes on over 600 pages of PowerPoint slides.

The classrooms and offices that the police academy rent are located in the Pullen Annex of the McCorkle Building. Morang said, “We have a great working relationship with the college, and we are happy to be here. GHC couldn’t be more accommodating.”

The police academy needed more storage for equipment last year, and the college built storage areas by the lake for the academy to use.

The academy also takes the officers to a firing range in Polk County to learn about firearms. Students are also taught how to drive as a police officer in an official police car at a driving course in Forsyth County. Here they reenact traffic stops and how to operate all the controls in the vehicle.

The officers do calisthenics every morning. They run at 7 a.m. around Paris Lake, located behind the Floyd campus, as well as around the Lakeview building.

At around 9 a.m. the class marches out to the flagpole in the front of the McCorkle building to raise the flag for the day.

Linda Tibbits, a student of the police academy, said, “The program teaches discipline and prepares us for real-life scenarios.”