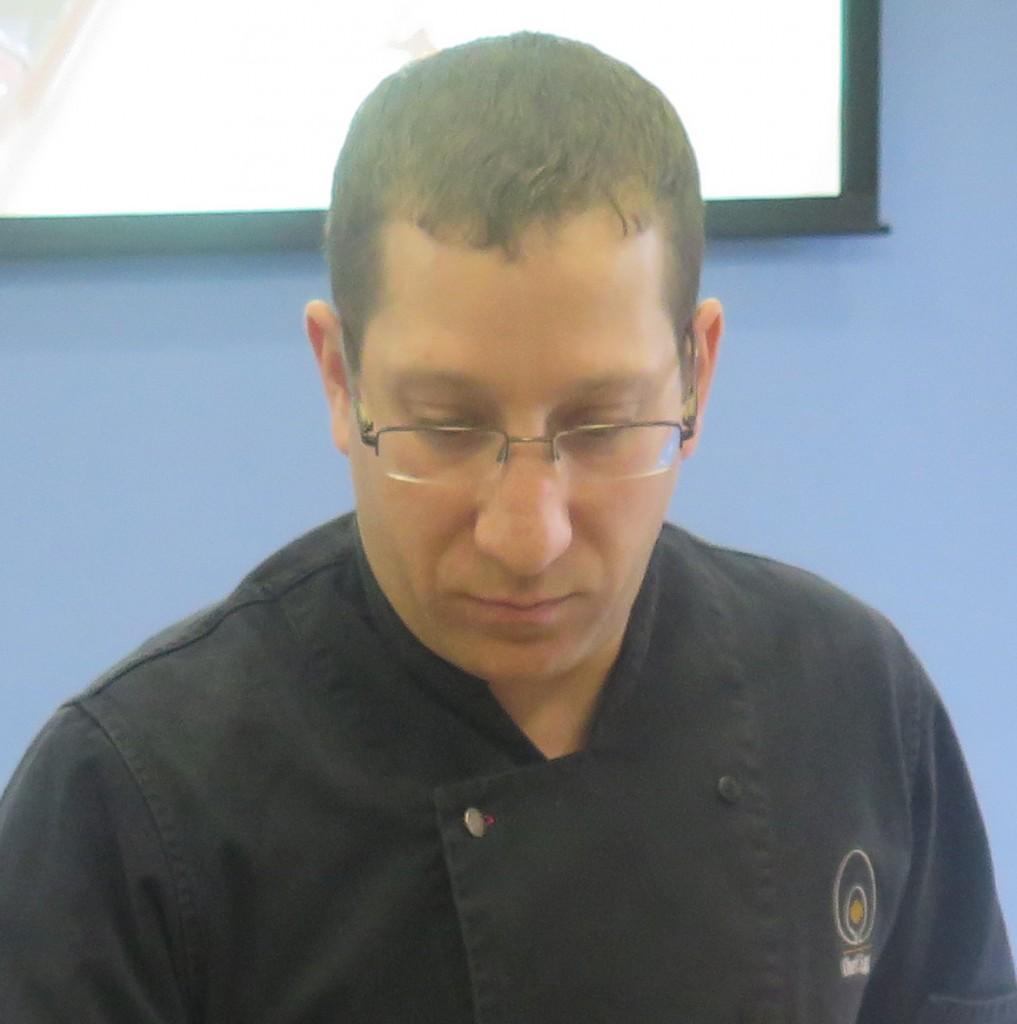 As a continuing part of the Adulting Series sponsored by student life, Chef Egg, real name Erik Berlin, came to Georgia Highlands College Jan. 30 to demonstrate cooking on a budget.

Before he started preparing meals, he casually answered questions from students and asked them about their favorite foods. Egg then began to explain many reasons why it is important for a student to cook beyond just sustaining oneself.

Food prices in restaurants are multiplied three times, and a significant amount of money can be saved by preparing food at home, according to Chef Egg. Health is also a big benefit from learning how to cook, as individuals can see the separate ingredients going into their meals, and this keeps them from adopting poor habits.

After Egg explained this, he began to demonstrate some sample recipes that were tasty, quick and easy. The first was an avocado dressing for salads, being healthy and quick to make.  After making that by himself, he began to ask for audience volunteers. The first recipe Egg made with them was mango salsa, and finally chicken tacos.

While he prepared the food, he explained the minutia of cooking. This included telling if fruits and vegetables are fresh and safely cutting ingredients with a knife.