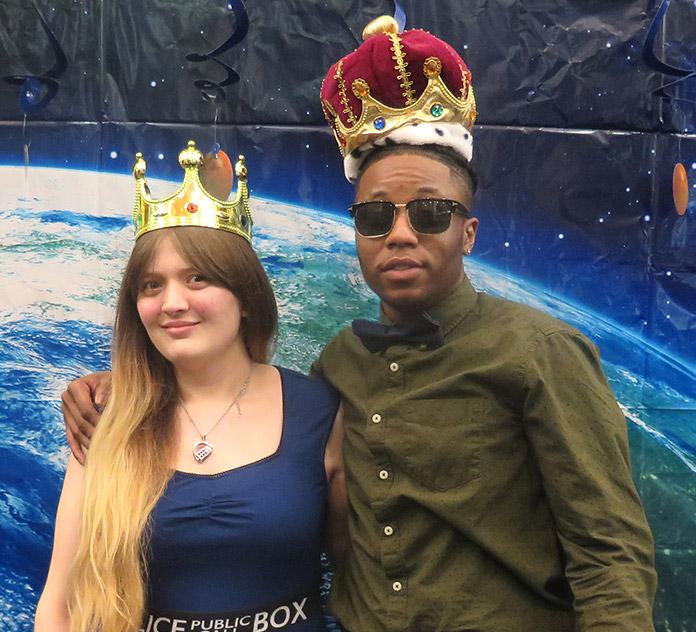 The Student Government Association sponsored a dance at the Georgia Highlands Cartersville campus on April 5. The dance’s theme this year was “Charge to the Stars.” The student center was decorated with various space inspired items, such as stars, planets and posters of galaxies. There were students there representing all five GHC locations.

According to John Spranza, student life director, “There were over 75 attendees, which was an increase in number from last year.” The main orchestrator of the event, SGA president Danielle Griesemer, said, “We started planning in February. The main thing we did differently this year was letting students vote on the theme.”

Activities besides dancing included choosing to wear one’s favorite space themed mask, face painting and entering a raffle to see who would win Mr. and Ms. Bolt of the dance. The winners were Kayla Jameson and Prince Carter.