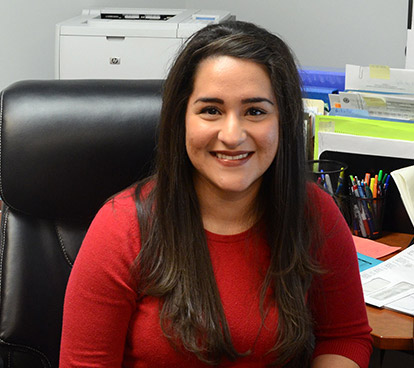 In a speech in front of a group of GHC Criminal Justice Club members Xinia Smith- Camacho regarded herself as just a normal girl, but her talents and life story revealed otherwise.

On March 20  the club held a meeting honoring  women’s voting rights and Randy Green GHC’S assistant Political Science professor chose Smith as a keynote speaker. “Its important to have her in front of you,” Green informed the audience.

Camacho- Smith club advisor hails from Costa Rica, she and her family, which includes a twin sister, moved to the US when she was seventeen years old. She was a quiet person as she knew only greetings, but it was due to this Camacho- Smith found one of her many talents; art.

She tells an anecdote of how misunderstanding her art teacher lead her to completing a project in a mere three hours. She still has the artwork. “Throughout my life it represents what I have gone through,” she shared. Her love of art helped aide her with English as did finding connections to things she was passionate about.

Camacho-Smith also works as accountant for GHC and has further plans to work for the FBI, rejecting her mother’s wish for her to be a nurse, “I cannot do blood,” she humored the audience. Her ability for auditing and knack for problem solving lead her to want to go down this career path. Encouragement from Scott Akemon, a political science professor, solidified it, telling her bilingualism and drive were factors that will help her succeed.

She offered her services to the police department and now works with them. She urges others to take initiative with it comes to their goals.