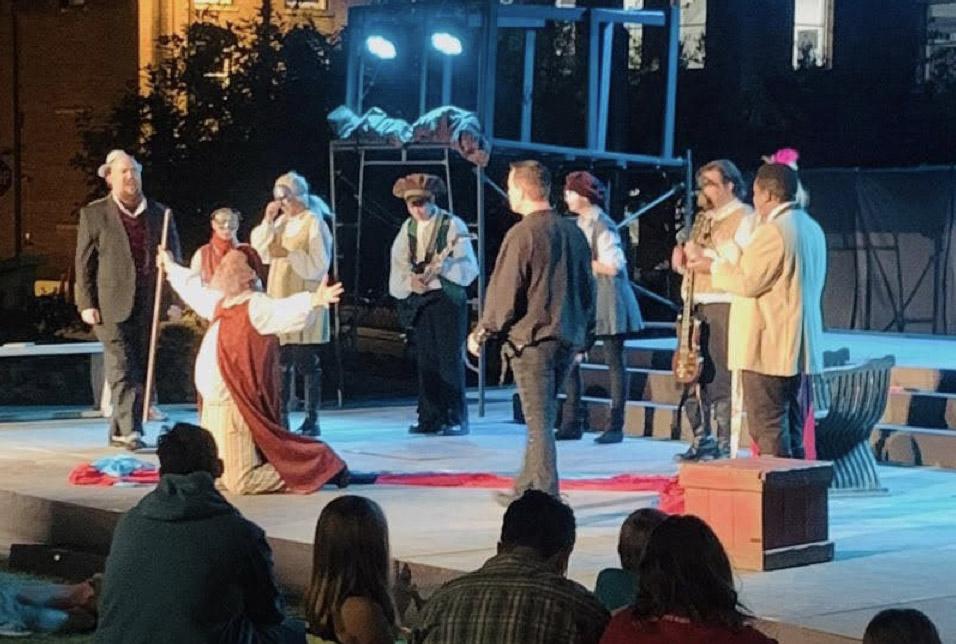 Davidson says that the festival shows the relevance of Shakespeare and helps the audience appreciate his work. GHC provided rehearsal space for Rome Shakespeare Festival at Heritage Hall.

Gail Deschamps, the Founding Artistic Director of Rome Shakespeare Festival, brought several of her actors and actresses to perform scenes from Shakespeare’s Hamlet in the Floyd campus student center.

After the performances there was a time for the audience to ask questions and discuss the play. Audience members commented on how the issues that Shakespeare portrays in his plays are time-less ones such as depression, suicide, and family struggles.

The Rome Shakespeare Festival is also involved with a prison program. Four artistic facilitators go to the Floyd County Jail for three-hour weekly workshops. This pro-gram helps the inmates connect to the flawed characters in Shakespeare’s writings, to understand themselves and grow as people.

Rome Shakespeare Festival has workshops for aspiring actors and actresses, or any-one who wants to be involved. They also hold auditions. The forms are on their web-site: https://www.romeshake-spearefestival.com/