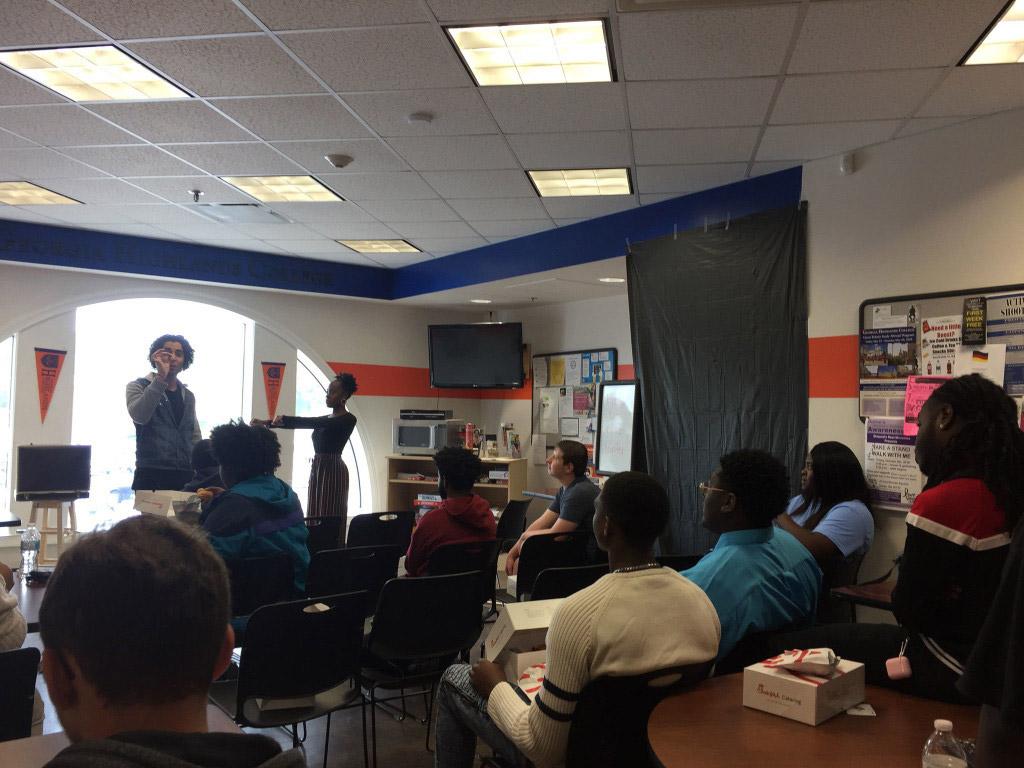 Paulding campus students celebrated fall with food and a magic show between classes on October 21. Chick-fil-A box lunches were given out and audience members took a seat in the student center to watch Zak Mirzadeh perform magic tricks.

Mirzadeh is a magician from Dallas, Tx. who has travelled to all five GHC campuses to perform.

Jorge Carbajal, GHC student, said, “The show was awesome. What he could do totally blew my mind!”

“I like performing for the college crowd because it’s their time to grow in independence and use critical thinking skills,” Mirzadeh said. “It makes the show a lot of fun.”

The intimate setting also gave Mirzadeh a chance to connect with the students and explain the things he was doing. Students learned that at a young age he saw David Blaine perform on television, which inspired Mirzadeh to become a magician himself. Now his childhood hero is teaming up with him to learn a trick Mirzadeh invented to use at Blaine’s next show.