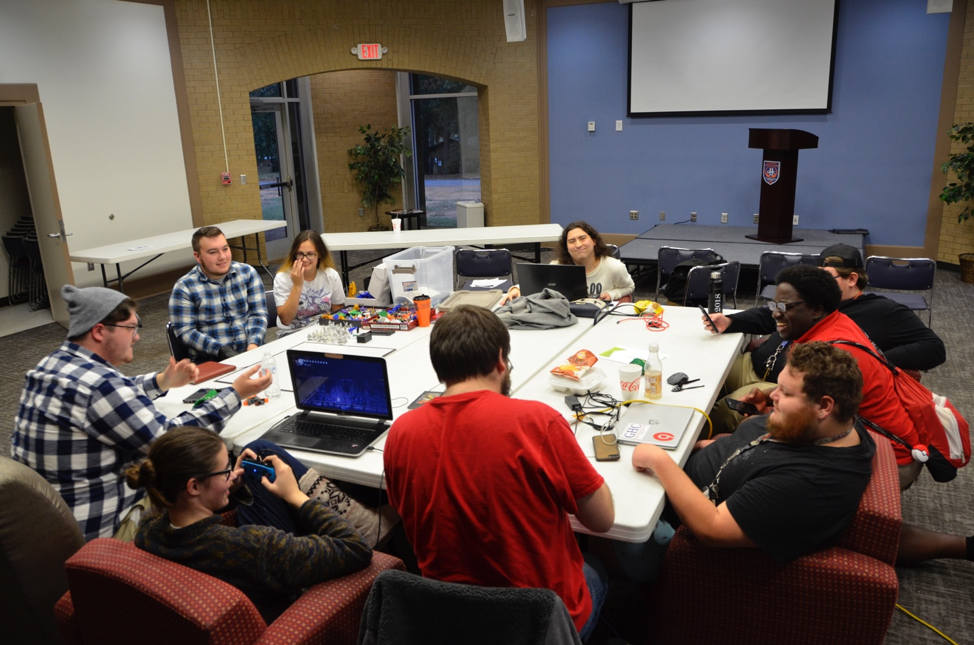 Fans of Japanese anime, American animation, comics, video games and cosplay should take note that the Gaming Club is planning big things for spring of 2020 such as a Magic the Gathering card draft, bake sale and an upcoming trip to Momo-con in Atlanta this May.

Current Gaming Club President and history major, Tristen Tolbert, said that with its age, they’ve recently discovered existing funding that they don’t currently know the origins of but plan to put to good use.

The Gaming Club engages in both video game and board game play. However, the primary interest of the club’s members is playing Dungeons & Dragons — otherwise known as D&D.

D&D is a cooperative storytelling game where players are guided by a Dungeon Master who tells the story and controls the environment. Players roll dice to determine particulars, including their success at any task. However, players can derail a campaign entirely, making it an exciting game in which nearly anything can happen and everything does.

Rosh-ambo’s quest was to remove a tarrasque, a giant dinosaur-like monster, from their home on a mountain. However, his army was no match for the beast, so he opted to turn it into a rabbit, stuff that rabbit into a bag, and wait for their god to come around and kill it.

Gaming Club Vice President and art major, Lily Hayes, said her most recent story involved began with her character in a room where the floor was covered

in some sticky substance. At the dungeon master’s discretion, her character had to lick the floor to try and identify the substance.

Hayes said her character then ran hurriedly into a room where she met a witch who prompted her to drink one of several potions. Unable to restrain herself, Hayes’ character ran into the basement, found a dark corner, and defecated in it. The sticky substance was a laxative.

Gaming Club Treasurer and business major, Ridge Abernathy, said his D&D character, Zaratross, a god of heroes and righteousness, created a portal through which he thrust his swords and killed his target.

Students interested in becoming a member of the Gaming Club should contact Tristen Tolbert at 706- 766-8261 or [email protected] More details regarding upcoming card draft, bake sale and Momo-con trip will be provided soon. 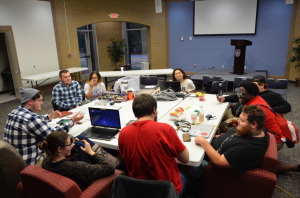