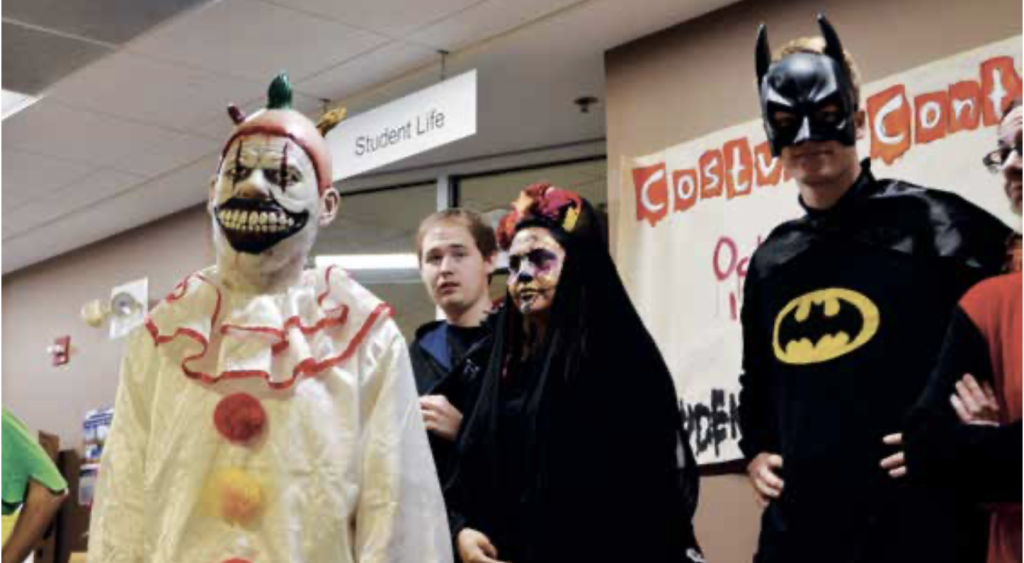 Heading the event was Student Life Director John Spranza dressed in suspenders and a beard as an elderly citizen.

One by one, each participant stepped forward and struck a pose, some even calling out a phrase related to their character. Each was evaluated by an applause and the judge’s discretion.

In third place came Lily Hayes as Spider-Gwen. Hayes is the vice president of the

Gaming Club and said she bought the costume out of her love for Spider-Man characters at Momo-Con some time ago. Throughout the rest of her time there, people stopped to take photos with her.

In second place came Montana Godfrey as Twisty the Clown.

Twisty is a recurring persona in the American Horror Story series who murders and kidnaps young girls.

In first place came Julissa Vazquez as La Catrina, a traditional figure from The Day of the Dead celebrations in Mexico that were, according to Vazquez, “to celebrate past loved ones.”

Vazquez said her Mexican heritage and love of the holiday are reasons she chose to dress as La Catrina.