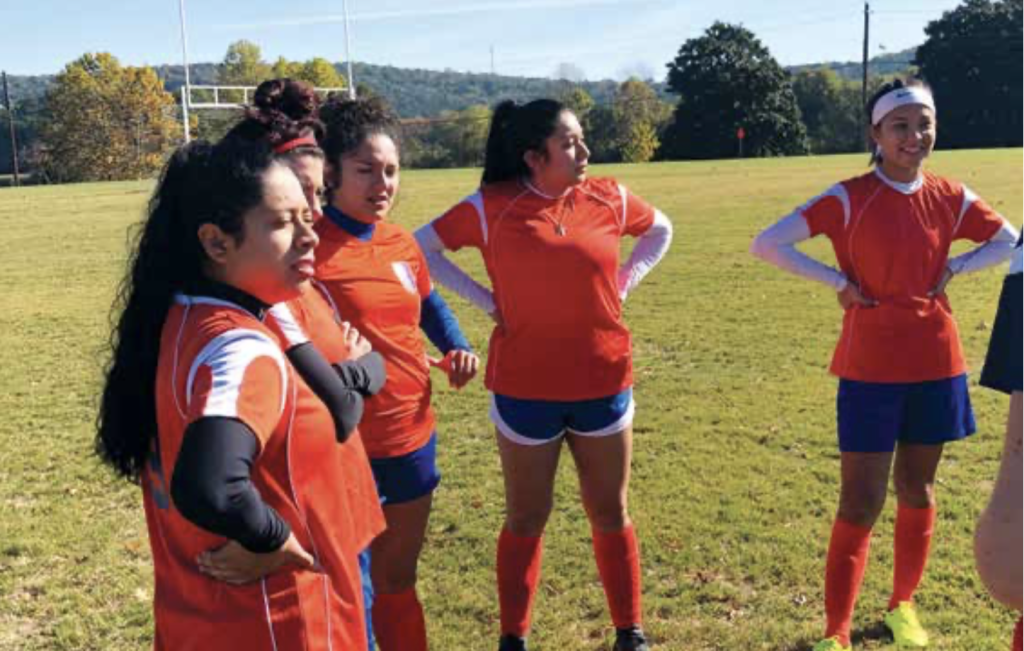 Seven women’s intramural soccer players gather for a game that was ultimately cancelled due to lack of attendance.

The women’s intramural soccer team was scheduled to play a game against Emory University on Saturday, November 2, but the game did not happen. Many players on the Georgia Highlands team were not able to make it to the game.

Traveling, sickness and family issues prevented attendance. Similarly, the referees were not able to conduct the game due to scheduling challenges.

Only seven players showed up to represent Georgia Highlands.

“The players we have are good, we just need the right amount,” said John Spranza, soccer coach.

Throughout the season, the team has faced issues because Georgia Highlands has multiple campuses in different locations, requiring players to travel.

On top of travel being an issue, many students have conflicting schedules when it comes to work and school.

Players can become frustrated when some teammates do not show up for games and practices.

One player said, “I don’t want to speak poorly of my own players, so let’s just say life’s unfortunate.”

The lack of a game was not a complete failure. Emory’s team still wanted to play be- fore they made the drive home. The teams evenly split off some of their players and played an 11 v. 11, 30-minute scrimmage so that the girls could still practice.

In the end, the girls still got to play an unofficial game.