GHC to celebrate its 50th anniversary 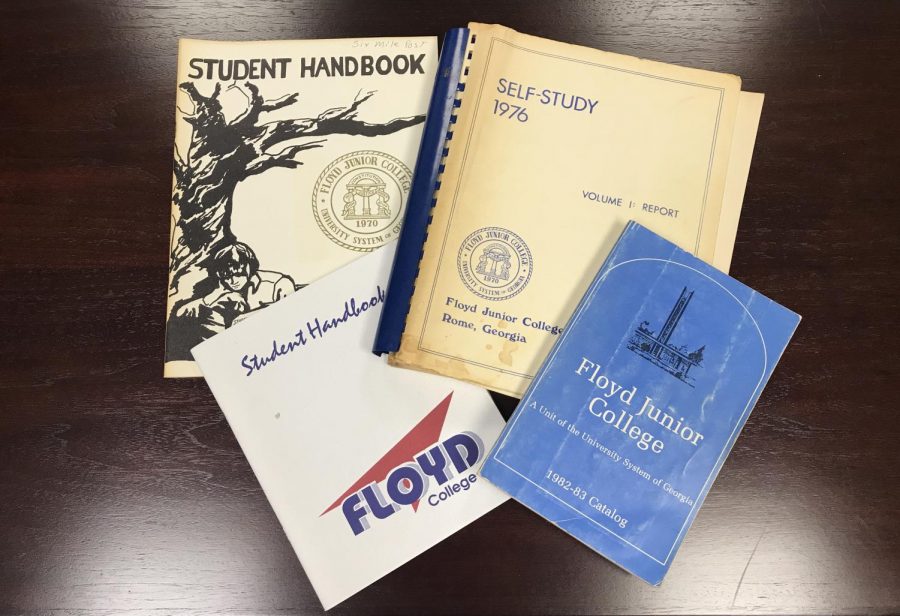 Floyd College, now Georgia Highlands College, is celebrating its 50th anniversary this year. Starting in the Fall of 2020.

According to James Cook, author of the book “We Fly By Night,” Floyd college became the 11th junior college in the USG when it opened in 1970.

Jimmy Maddock, a Rome native and lawyer heard that a new college was being built near Cartersville. Knowing this would mean Rome wouldn’t be able to get a school built, he set to work. There was much competition from nearby counties and Rome was late into the race, said Cook

Maddox built a committee in the 1960s and served as chairman. In a survey of the local high school students, they found that more than half would want to continue their education at a junior college.

At that time, Georgia hadn’t put much effort into higher education. But as demand grew across the state, an increased need for schools grew. Rome was approved as the site of the next junior college in 1968

After some jarring construction costs, the original plans were downsized. David McCorkle was declared the president and a building was named after him.

The F-wing, to be added later, would be named after the historian, George Pullen. McCorkle went to work assembling a staff. Wesley Walraven, whom one of the buildings would be named after, was hired as a dean and he began to chair the different divisions, according to Cook.

With a staff assembled, Floyd college would begin its first semester in the fall of 1970. However, the current buildings of the Floyd campus would not be used until after the first quarter. For that quarter, they held classes at the Metro Building. Additional rooms were provided by the First United Methodist Church, Cook points out.

Core curriculum was established and approved during the summer before the fall semester and has remained the same ever since, said Cook.

At the request of Floyd Hospital, a nursing program was introduced in 1971. Soon after, a criminal justice program was approved to serve as “in-service training for police officers” and help raise the minimum education requirement to an associate’s degree. Additional programs to be added in these early years included education for the deaf, psychology, medical technology and physical education.

The school’s third goal was to provide remedial training for students who weren’t ready for college. Since its establishment, GHC has provided developmental programs in English, mathematics and reading. A new Department of Special Studies was established with Richard Trimble as its director.

1972 saw the start of the student government, the Old Red Kimono and the Six Mile Post.

New buildings were annexed during these first five years, including a library and a bookstore, among other things.

Though the school’s initial itinerary included community service, this wasn’t enacted until their second year. They did not show significant achievement in that area until their third year. Tom Berry was responsible for much of this success, and further expansion necessitated an assistant director, Sarah Burkhalter.