Three decades later, Kelly Samson comes back for an additional degree and discovers a fresh perspective

Kelly Samson is a Criminal Justice major who expects to complete her third college degree at the end of this semester, but she first attended college as a dual-enrollment student in 1987. Back when GHC was still Floyd College, it introduced Kelly to the world of college life.

Samson recalled her time at Floyd College in the ‘80s and discussed how the school has changed.

“It seemed very huge,” Samson said. “I remember being afraid I wouldn’t be able to find my classes.”

“I was 16 when I first started, so I was the youngest in all my classes — which is ironic, because now I’m the oldest,” said Samson, who turned 50 last October. “I’m older than a lot of my professors now, so that’s kind of weird. It’s not a bad thing, it’s just different.”

After her time at Floyd College, Samson went on to earn a Bachelor degree from Georgia State University. She chose to return to her old school, now GHC, in 2011

“It’s a really good level of education,” Samson said. “The classes are really good. They’re just as good as the four-year university that I graduated from, and it is local and affordable. You really can’t beat it.”

“Obviously there was no such thing as D2L or online learning when I was in the first time,” she said. “The idea that the school can just send you a text message to say that classes are cancelled… in my day, you just drove to school and if classes were cancelled you turned around and went home.”

The way courses are delivered isn’t the only thing that has changed since the 1980s — college culture and university life have changed as well. “There’s a lot more marijuana use, I think,” Samson said. “There was a lot of drinking then, like there is now, but I didn’t really know people who smoked.”

“I think [students today] just party differently. We were awful in our own way,” she joked

“I think being a college student is a lot easier now because you have access to so much information with the internet,” Samson said. “It is so much easier to find information and do assignments now than it was in 1987. If you don’t understand something, you can watch a YouTube video about it. It’s just like a whole universe of learning help and support that’s there, available to anybody.”

“I am enjoying school a lot more now that I am a returning, nontraditional student,” she said. “I’m having a lot more fun this time around.” 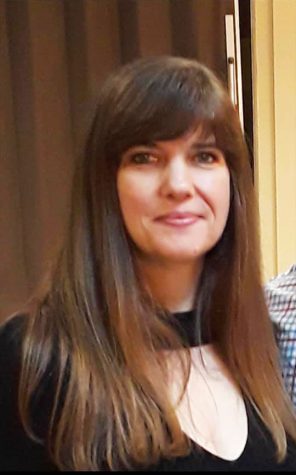