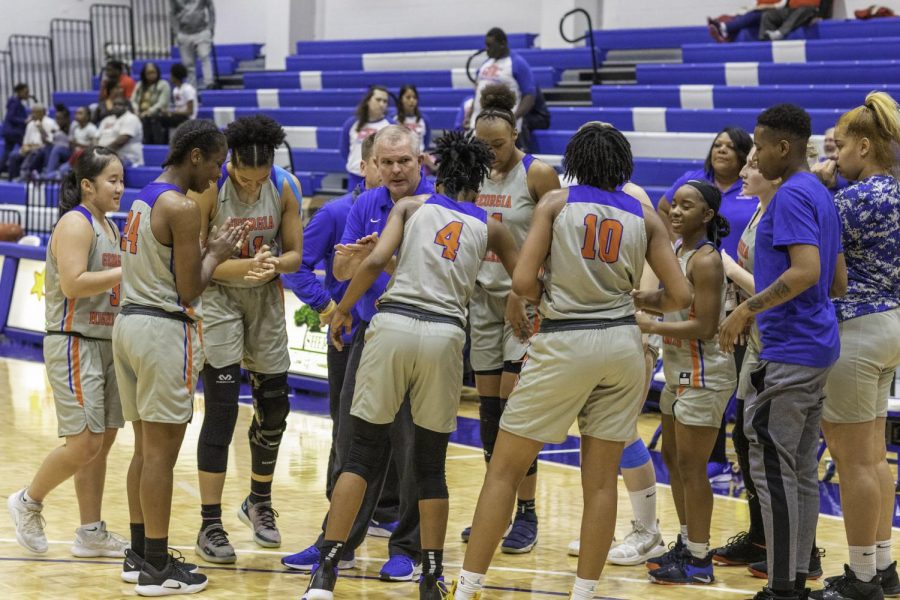 The Lady Chargers went 21-9 during the regular season, a two win improvement compared to last year.

After starting the new year at 9-7, the Lady Chargers used a strong second half of the season to finish on a high note, losing only two games since the start of the new year in the regular season

Brown shined when it came to rebounding the basketball. Her 8.7 rebounds per game was the highest on the team.

For the seventh consecutive season, GHC had a player named to the GCAA All-Region first team, Brown.

Lady Chargers Head Coach, Brandan Harrell, acknowledged a few players that stood out to him this season.

We have had a lot of different players stand out at different times during the season, and Jahnaria Brown gets the most attention. She was freshman of the year last season, and she was on the first conference all conference team this season as well as all academic team,” Harrell said.

“We have gotten great contributions from Nijeria Jordan as well, who is our energy booster every day at practice,” Harrell said. “She plays really hard all the time. Tynasia Bunting has really picked it up in the second semester and has had some big games. Ja’Lyn Reese has had some huge games for us and gives us a perimeter threat.”

Harrell said that the one word he would use to describe this season is memorable.