Why stink bugs are all over the place 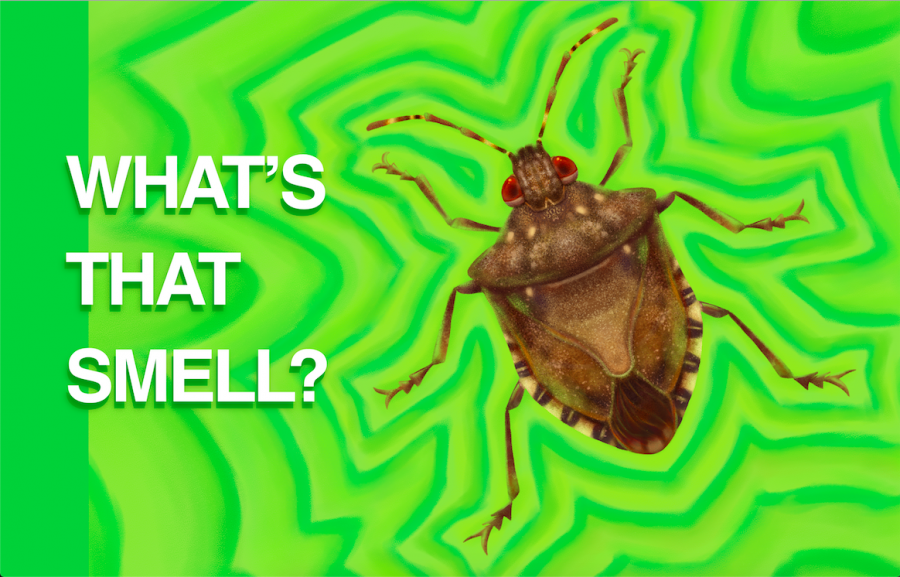 Some of us are too familiar with the unwelcome houseguests that are stink bugs. When the cold weather hits, the shield-shaped insects flood our homes, trapping themselves in light fixtures and releasing an unpleasant odor if we are unfortunate enough to squish one.

The brown marmorated stink bug, or Halyomorpha halys, is a species of true bug native to Asia that was unintentionally introduced to the United States in the late 90’s. BMSB was first reported in Pennsylvania and is thought to have arrived via shipping containers. By 2011, the insect had spread to over 30 states, owed to its versatile diet and the country’s warm climate.

BMSB are distinguishable from native stink bug species by the light-colored bands present on their antennae and edges of their abdomen. Female stink bugs can lay over 400 eggs in a lifetime.

In recent years, the stink bug’s population has exploded and so have concerns about the pest. A single household can hide tens of thousands of the insects, who flock to houses and other man-made structures during the winter to hibernate. The bugs don’t reproduce or cause structural damage once inside, but their sheer numbers make them hard to ignore.

Douglasville student, Jeremy Thaxton, said that he’s been dealing with the pest for two years now.

“I find them annoying. One month they’re gone and the next month they’re there on the bathroom mirror, like, will you please go away? I’m trying to get ready. Stop buzzing around!” said Thaxton.

Stink bugs don’t bite or sting people or pets, but they do release a pungent odor when threatened or crushed. Floyd student Devin Ridge has experienced this defense mechanism firsthand.

“I actually had the unfortunate experience several months ago of having to change my entire work wardrobe because I got sprayed while I was getting ready for work,” said Ridge.

Once stink bugs enter a home, they can be difficult to remove, but this doesn’t stop people from coming up with creative solutions to get rid of the pest. Thaxton said he grabs the bugs and throws them outside or sucks them up with a shop-vac. However, those who try this should be warned, as sucking up the bugs can cause their vacuum to smell.

Ridge uses a similar strategy to rid her home of the pest, sucking up the bugs and depositing them in soapy water where they sink and drown. However, she still finds them return year after year.

“No matter how many you vacuum up and throw outside, we cannot seem to get rid of them,” said Ridge.

According to PennState arthropod expert, Michael Skvarla, the best way to keep these bugs out of homes is to seal the locations where the bugs enter.

BMSB may be the world’s worst roommates, but these insects turn from nuisance to threat when it comes to agriculture. The U.S. Environmental Protection Agency describes the insect as a serious agricultural pest that feeds on a wide variety of crops. Shrivelled almonds, discolored apples and dimpled tomatoes are all signs of a stink bug infestation.

Because of their feeding style, few pesticides work on the insect. Experts are instead looking into biological control, such as introducing natural predators and utilizing pathogens found in the species. But it doesn’t look like BMSB is going anywhere soon.

For now, we’ll just have to live with them — or grab our vacuums and hope for the best.