The joy of gems 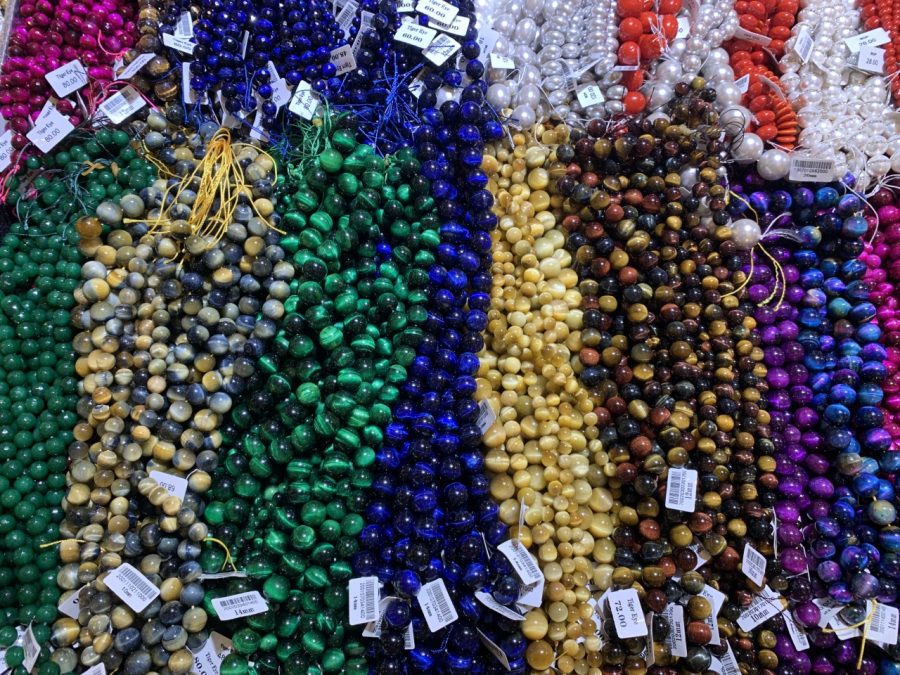 Beads made out of different crystals at Bellpoint Gem Show.

Just across the street from the Cartersville campus, the Bellpoint Gem Show was hosted in the Clarence Brown Conference Center from November 13-15. This show offered a variety of gems, jewelry, fossils and minerals to buy from a variety of vendors.

Some people believe crystals have magical energies that have the ability to boost certain traits or even heal the body. For example, the purple stone Amethyst is known to help with beating addiction and improving intuition while Rose Quartz can soothe headaches and promote love.

Every crystal has a different purpose and meaning that can be applied to everyday life.

These beliefs go back to ancient times. People of the past would assign meanings to the crystals based on how they looked. Amethyst is purple like wine and Rose Quartz is pink which is a color of love. Both of these crystals are also connected to a Greek deity, Dionysus and Aphrodite, respectively, which help push the themes people associate with them in the modern times.

People swear that crystal healing works and can do wonders, but scientists aren’t buying it. Christopher French, a psychologist at Goldsmiths, University of London, did a study giving people either real or fake crystals.

French found that people reported they felt tingly and their mood improved no matter if the crystal they were given was real or fake.

What could be going on is merely the placebo effect where the mind gets tricked into believing something should happen, so it makes it happen anyway. This is tested during drug trials to see if medication actually works or if it’s just people’s minds tricking them.

No matter if crystal healing is real or not, it has no real harm on people as long as they don’t replace modern medicine for the rocks. If it helps people in one way or another, then it helps.

During this pandemic, it seems to be helping, as crystal sales are through the roof. So if it helps some people get through this crazy time, as the band Pink Floyd once said, shine on you crazy diamond.