Parler is not the free speech platform it claims to be 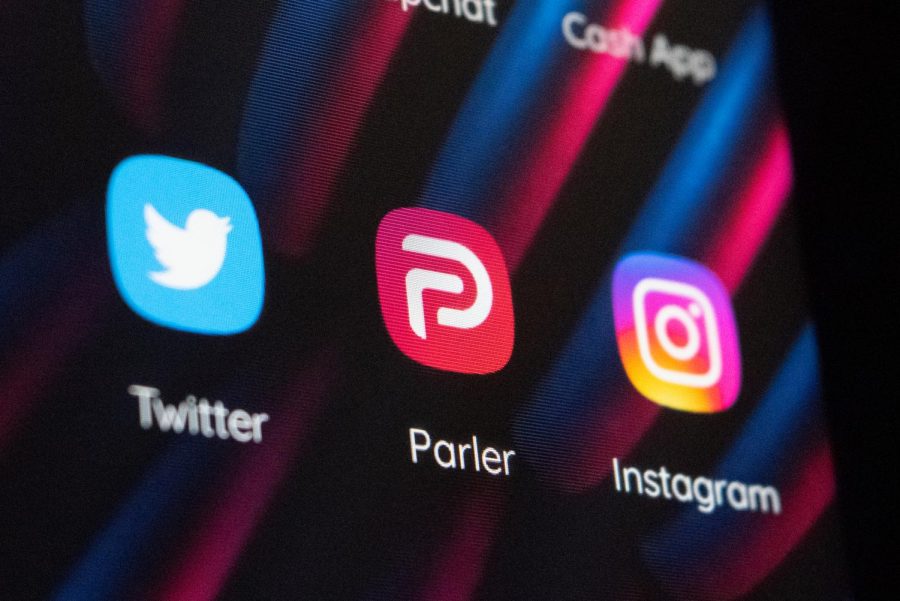 With social media platforms like Twitter and Facebook taking an aggressive stance on moderation during the 2020 election, millions of disgruntled conservatives have flocked to Parler — a self proclaimed free-speech platform that resembles Twitter with less features. In the past weeks, it has become a breeding ground for misinformation, hate speech and conspiracy theories. Parler’s approach to moderation has turned it into a dangerous echo chamber and an affront to open conversation.

Most social networks employ extensive algorithms and thousands of individual content moderators to enforce their guidelines. In contrast, Parler uses “community jurors” — or volunteers — to decide what should be removed from the platform. With a user base composed of those too far right for Twitter, hateful rhetoric is more often fueled than snuffed out.

Upon joining Parler, users are prompted to follow big-name republicans — many of whom are controversial — such as Ted Cruz, Sean Hannity and Tucker Carlson. Extremist groups such as the Proud Boys have found a home on the platform as well. As of writing, the site is flooded with posts claiming election fraud and propagating baseless conspiracy theories, even on hashtags unrelated to politics. It’s a far cry from the “welcoming, nonpartisan Public Square” that Parler claims to be in its community guidelines.

“They have this echo chamber and they can’t trigger anyone or target anyone because everyone believes what you believe,” said Fadi Quran, campaign director of Avaaz, a global activism network.

Parler is an echo chamber, a social bubble where individuals are exposed only to perspectives they already agree with. These chambers are fueled by confirmation bias, the tendency to favor information that aligns with one’s beliefs. For Parler, this has created an unwelcome environment for differing opinions, only worsened by the site’s hands-off moderation.

If this is Parler’s idea of a platform for free and open conversation, they are misguided. Parler better resembles fringe websites like 4chan and 8chan, both of which have become home to alt-right hate groups, conspiracy theories such as QAnon, and have even been linked back to real-life acts of violence. Free speech is something to be protected, but is ultimately harmed by the spread of misinformation and prejudicial ideologies.

In the age of social media, effective moderation is critical to creating a forum for open, healthy conversation. Admittedly, it is a daunting task to create a moderation system that accounts for the vast variety of perspectives that exist. Even for Tech Giants like Twitter and Facebook, it’s a work in progress. Nevertheless, it is something to be strived for.Otherwise, we’ll go the route of Parler and become even more divided.