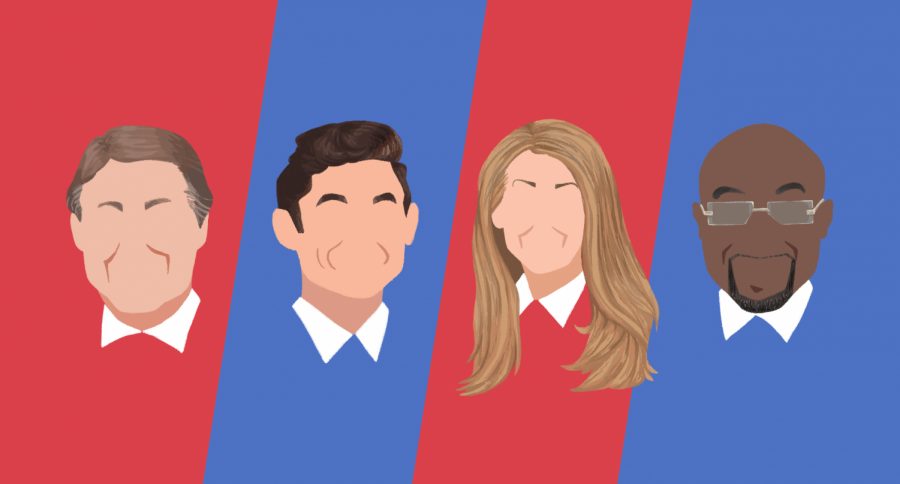 For Georgia, the 2020 election isn’t over. With none of the candidates in Georgia’s two Senate races achieving the majority vote required to win, the state will hold a double runoff for both seats on Jan. 5.

“I think it’s extremely important,” said Cartersville student John Perkins, “I think after the presidential election both parties should be passionate about voting in this election, whether they think highly of their candidates or not.”

Lucy Hale, president of the League of Women Voters for Rome-Floyd, is once again asking students to vote.

“A lot of people probably don’t really grasp how important voting for your senator is,” said Hale.

“This Senate runoff election in Georgia is uniquely important. They’re all important because the Senate vote — who you vote for your senator — is critical. This one is particularly important, and Georgia is the focus for the country of the importance of it, because Georgia’s election will determine what party, Republican or Democrat, is in the majority in the senate,” said Hale.

The Senate plays many roles in the U.S. government, including passing federal legislation, conducting special investigations, approving treaties and approving federal judges. The Senate is also responsible for checks and balances on the House and the executive branch. If a bill is rejected by the Senate, it is unlikely to make it into law.

Hale analogized Georgia’s Senate election to the second of two “bookends,” the first being the Presidential election in November.

“The president will have his hands tied in many ways if that senate majority is Republican. Now, if you’re a Republican, that’s not necessarily a bad thing. But if you are one of the people who voted for Biden, this is not going to supply you with the agenda that you wanted for your president to pursue. Because when he and the house decide to do something, they put it together, they put it on the shelf. The bookend is not going to hold it there and it may fall off,” said Hale.

After the unprecedented turnout during the November election, Hale says it’s unlikely that we’ll see the same record-breaking numbers in January. Political fatigue, along with concerns about the weather and COVID-19, are major factors that may cause voters to skip out this year. Hale also noted that an increasing number of voters are losing faith in the fairness of the election process.

“[T]here have been people that are thinking there’s no point in my voting because somebody’s going to steal my vote or take it away, and that’s not just people that you are hearing about. That’s also inexperienced voters on both sides — both sides of the aisle. And I don’t know how we get across to them that we have had a recount, and a recount, and a recount, and we know your vote’s gonna count … So I’d like to emphasize that if you’re not gonna vote because you think your vote’s not gonna count, reconsider,” said Hale.

With continued concerns over misinformation regarding the elections, Hale provided a list of resources on the election that are from trustworthy, nonpartisan sources.

While the registration deadline has already passed, voters who participated in the November election are already registered for the January runoff. Students can check their voter status and polling locations at the Georgia Secretary of State My Voter Page or their County’s Board of Elections website, listed below:

For info on candidates and their policies, the Campus Election Engagement Project and the Atlanta Journal Constitution provide in-depth guides for both races.

When asked what he would say to students skipping the election, Perkins said, “It doesn’t matter what party you are. It’s America’s future that’s in your hands. And if you want a blue senate, then go out and vote for Warnock and Ossoff. If you want to keep the senate red, then go vote for Loeffler and Purdue.”