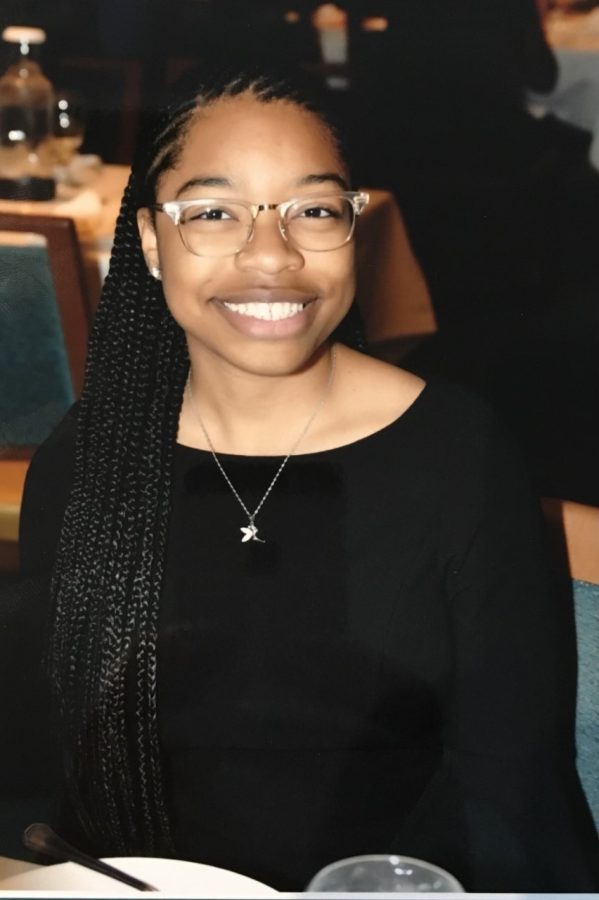 Makiah Jordan is the winner of last year’s speech competition.

Beating 75 other students to get to the top, Makiah Jordan won last year’s speech competition. Having simply joined the competition for the grade in her communications class, Jordan never expected to win, but her passion for the topic made her stand out from all the other speeches.

“Makiah represents the best of GHC and what we want for our students – she is passionate about issues facing the world, can argue persuasively for taking action on those issues and has the courage to stand up and speak out about them,” said Steve Stuglin, the director of the speech competition.

When writing her speech, Jordan didn’t want to write and speak about just anything, she wanted to make sure she was passionate about what she was writing.

“I wanted a topic that I did not think most would talk about, that I was passionate about and that would leave a lasting impression,” she said.

This led her to the topic of the carbon footprint and how to lower it.

“We only get one life, and we only get one planet. The least I could do is give a speech that emphasizes this and urges people to do something simple and powerful, care,” Jordan said.

Stuglin reported that the final round judges were very impressed with her speech and her performance, and this wasn’t by accident — Jordan said that it took three attempts to get the recording exactly how she liked it.

“I take pride in anything that I do, especially when giving a speech for a schoolwide competition, of course. Thus, when I was recording and I did not think the lighting was quite bright enough or the speech did not sound as impactful as I wanted, I would retake,” said Jordan.

This year, there will be another speech competition held in April and Stuglin encourages all who are curious to visit the website: http://publicspeaking.highlands.edu/

Students must enter before April 16 and judging will take place between April 19 and 28.

“The advice I would give to students entering this year’s competition would be to take your time picking out a topic you truly care about, choose something that truly resonates with you and put your passion in your speech. Entering this competition is a great way to develop confidence, practice, and knowledge in public speaking,” Jordan said.