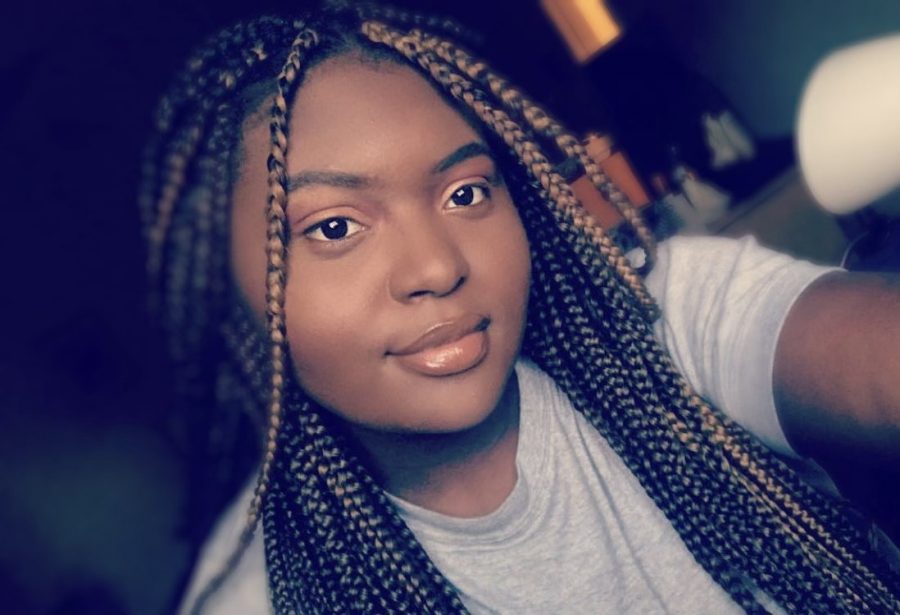 It’s been a while since I couldn’t predict the ending to a thriller series. Most thrillers are whodunit cases, like the murder mystery “Knives Out,” and others. But Netflix’s newest thriller series “Behind Her Eyes,” threw me for a loop.

Director, Erik Richter Strand, and writers, Angela LaManna and Steve Lightfoot, start the series by pulling the audience into an intense story of temptation that ends terribly.

As I watched the first episode, I knew there would be a messy love triangle like in “Scandal.” It was Olivia Pope, Fitz and Mellie’s affair all over again. I wasn’t mad at it, though, because I am drawn to messy situationships like anybody else. And we get so much more than that.

In the first few episodes, “Behind Her Eyes,” is an intriguing thriller about jaded people trying to make their lives more satisfying by being more adventurous and often sexier. Simona Brown plays Louise, a lonely young single mom desperate for ventures of her own. Louise finds herself attracted to her handsome boss, David, played by Tom Bateman and ultimately befriends his mysterious wife, Adele, played by Eve Hewson.

Suddenly, it goes from a tense thriller into a bizarre and utterly weird fantasy. After Louise and Adele bond over their night terrors, Adele secretly coaches her new friend to control her dreams and, eventually, practice astral projection. We find out in sporadic flashbacks that Adele has practiced the art of floating out of her body to become a shapeless blur, which she does to spy on people to keep tabs and collect insurance.

She even taught her ways to Rob, who is played by Robert Aramayo, an addict she met in the facility she stayed in, who quickly falls in love with Adele, or so we think. In the present day, Adele seems to be doing the same with Louise.

That was a lot, so I won’t keep you in suspense any longer about the wild finale of “Behind Her Eyes,” which surprisingly gave me “Get Out,” vibes minus the racial undertones.

When Louise turns on Adele and tries to secure David for herself, Adele decides to finish her off. Adele sets her house on fire and then injects herself with a large amount of heroin. Louise, still a nice enough person to not want Adele dead, races to the house, astral projecting herself inside to save her when she can’t get inside. At this moment, Adele astral projects herself out to Louise’s sleeping body and possesses it, leaving Louise’s consciousness to get sucked into Adele’s drug-filled body for good.

But wait! That’s not all. Adele wasn’t even Adele to begin with. Adele supposedly taught Rob how to astral project and introduced him to David; then Rob seemingly falls in love with David. So, Rob stole her body like he’s now stolen Louise’s, just in time for him to live in holy matrimony with David forever.

This revelation does not get a lot of screentime. It lasted a few minutes before the final credits rolled, leaving me distraught.

Let me get this straight. David stole somebody’s man not once, but twice? My head was definitely spinning out of control after this big reveal. Plus, it’s impossible not to acknowledge the core of a story where an apparently evil, gay, white man takes over the bodies of two women, one of whom is black, to live out his fantasies.

Did Rob always want to be a woman, or was it just the attraction to David that made him switch sides? Why is his interpretation of a woman an ice queen version of the once vibrant girl, full of life?

Does the showrunner fully understand how bad it is for him to take over Louise’s body in particular? The show never acknowledges that she is black, and doesn’t include any other black characters beyond her immediate family, leaving it hollow when it comes to representation. I can only hope the writers are educated on the ongoing controversies surrounding the cosplay of black women by certain white gay males.

Is the finale — where we see a composed Louise turning to her worried son in the backseat of her car with a grin — an homage to Jordan Peele’s “Get Out,” and “Us,” or straight-up appropriation?

None of these questions have any definite answers, because addressing these issues reveal implications. Furthermore, bringing attention to these issues would cause the show to lose some of its shock value, which is the only thing that saves it.

I sat with this ending frozen for about 20 minutes, trying to figure out if I was offended or not. The more I think about it, the more offensive it becomes. But I always come back to my initial reaction that “Behind Her Eyes,” is just too absurd to take even half as seriously as the show takes itself.