COVID-19 turns one: a pandemic retrospective 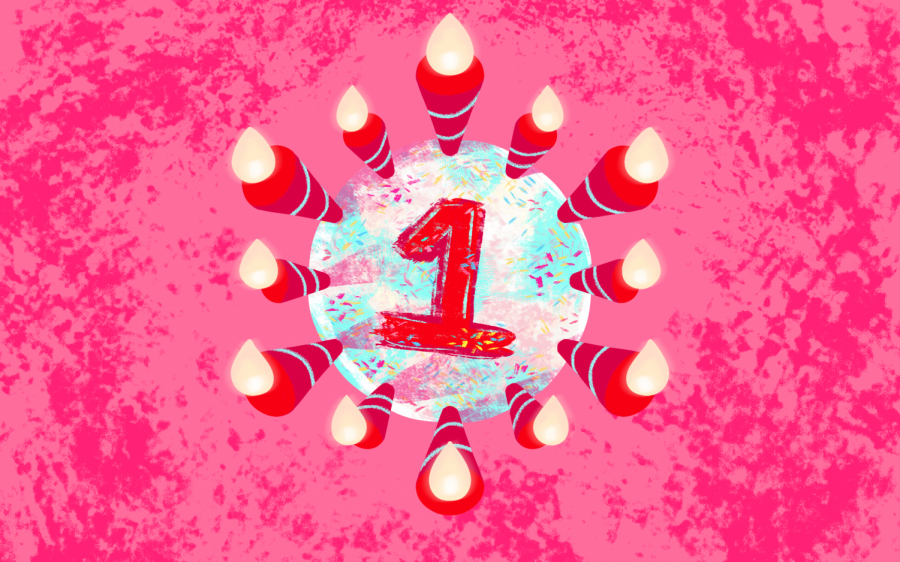 Today marks one year since students gathered for class a final time before a pandemic changed everything.

There was noise of an obtrusive sickness circulating cities, states and countries until the entire world was touched by the virus. Some feared it while others thought it a hoax. Many students hoped to get two weeks off school because of some far-off virus that was spreading,— but we never expected it to last longer than that.

The World Health Organization declared it a global pandemic on March 12, 2020. Student emails flooded with announcements from President Green about a two-week hiatus. This supposed short-term break evolved into an ever-adapting distanced learning that still continues.

“The struggle was real,” said Floyd student, Chrystal Sylvain, about the past year. “It was hard to adjust to virtual learning for students like myself that like to be face-to-face with their professor.”

The semester came and went. Students and professors alike were proud to have successfully completed classes during the height of such “unprecedented times” — a phrase I grew sick of after hearing it so many times.

Summarizing the past year, Floyd student, Cesar Rodas, said, “We were clearly tested and life became chaotic.” Though there were trials, some good came of it too.

“This year also showed the capacity human beings have for compassion and their resilience in the face of adversity,” said Bronson Long, professor of history.

Carressa Hann, Floyd student, said, “I’ve learned more about myself and the close ones around me. [I’ve learned] to enjoy every single moment, because time is going quicker than you think.”

This past year was GHC’s 50th Anniversary. The 2020 commencement ceremony was not the milestone celebration everyone hoped for, but faculty and staff pulled together to make sure the graduating students were honored for their accomplishments. A video yearbook was created, showcasing graduates. On July 25, the college’s first virtual commencement ceremony was held. Graduates did not get to walk to the graduation march or throw their caps into the air, but they did get to chant the alma mater from behind their screens.

Cartersville campus dean, Leslie Johnson, said, “This last year was stressful and challenging. In my role as a campus dean, I missed the energy and excitement of 2,200 students descending on campus for their first day of class. I missed seeing the smiles of my students and colleagues because they were hidden by masks. I’ve grown weary of hallways with a silence that seems so loud.”

Long said the seasons he walked through followed this sequence. There was “fear and uncertainty, followed by frustration.” Then there was a season of becoming accustomed. After adapting to the changes, he said he “became fearful again, not so much of getting the virus,” but that things would go back to a panicked state.

A C.S. Lewis quotes come to mind, “Isn’t it funny how day by day nothing changes, but when you look back everything is different? This one year time segment has been a reverse of that statement. Everything changed; but looking back, nothing is different. In a broad sense, the fear, uncertainty, hope and striving are parts of life every year, regardless of a pandemic.

Long said, “It is odd how in looking back at all this, it seems like I went through some of the same things or similar things several times.” He compares it to the movie “Groundhog’s Day.”

“I am proud of GHC for continuing to serve our students well and for creating unique, flexible student services and course offerings,” Johnson said. “I truly believe that soon our campuses will once again bustle with student traffic and smiling faces, and when that happens, our students will benefit from the challenges GHC overcame.”

“This past year has been filled with cycles of uncertainty, fear and adapting to a new normal,” said Long, “I am simply waiting to get the vaccine so that I can put COVID-19 behind me.”